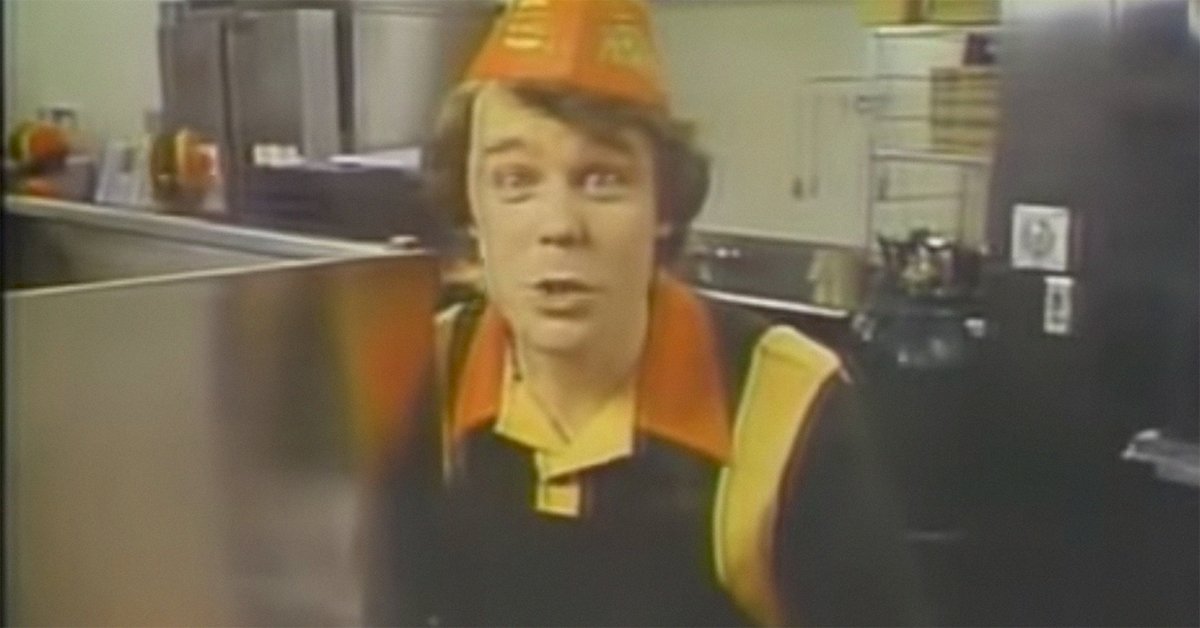 No, this was not the WC’s favorite hat of all time, though the uniform did turn me off polyester forever.

This week’s wine news: Are fast food wine pairings the next big thing? Plus, 7th century BC wine, and more confusing numbers about pandemic wine sales.

• Bring on the Whoppers: Who knew the Wine Curmudgeon would be able to discuss the fast food of his youth two weeks in a row? But Christine Struble, writing for the Foodsided blog, asks: “Are fast food wine pairings becoming the newest food trend?” Perhaps, but the concept isn’t new. I received a release in the blog’s early days from a brand called Fat Bastard touting fast food wine pairings; I’ve written about it here several times; and I taught them to wine classes at the late Cordon Bleu and El Centro. Because if you’re trying to reach people whose diet consists of fast food, what better way to teach pairings? Or, as I asked one group of Cordon Bleu students, “What do we pair with a Burger King cheese Whopper?” The consensus was supermarket-style merlot; plus, they got to hear about working the broiler at the Burger King on Skokie Road in Highland Park, Ill., resplendent in my polyester uniform and paper hat.

• 2,700 years ago: Archeologists have discovered the first Iron Age wine press in present-day Lebanon, reinforcing the idea that wine played a key role in the ancient world. They found the press, used to extract juice from grapes, during excavations at the Phoenician site of Tell el-Burak near the present day city of Sidon (an important trading hub in wine and other goods in the Mediterranean region). Grapes were grown in and around Tell el-Burak, which was inhabited from the late eighth to the middle of the fourth century BC. Researchers have also found amphorae, ancient wine bottles, in the area. But no one was quite sure how the grapes were turned into wine until this discovery.

• More conflicting statistics? Blake Gray, writing on Wine-Searcher.com, finds even more conflict in wine sales during the pandemic. He cites research from California’s Sonoma State University, which found that even though U.S. wine sales overall are up, 57 percent of U.S wineries say their own sales are down. Or, as we have noted here, there’s little sense in trying to make sense of any of the numbers. Ostensibly, “Big wineries are taking more market share at the expense of small wineries,” said the report. You will also be happy to know, according to one analyst at the same seminar, that Americans may have had more disposable income than ever, despite the pandemic. I wonder: What country is he living in?