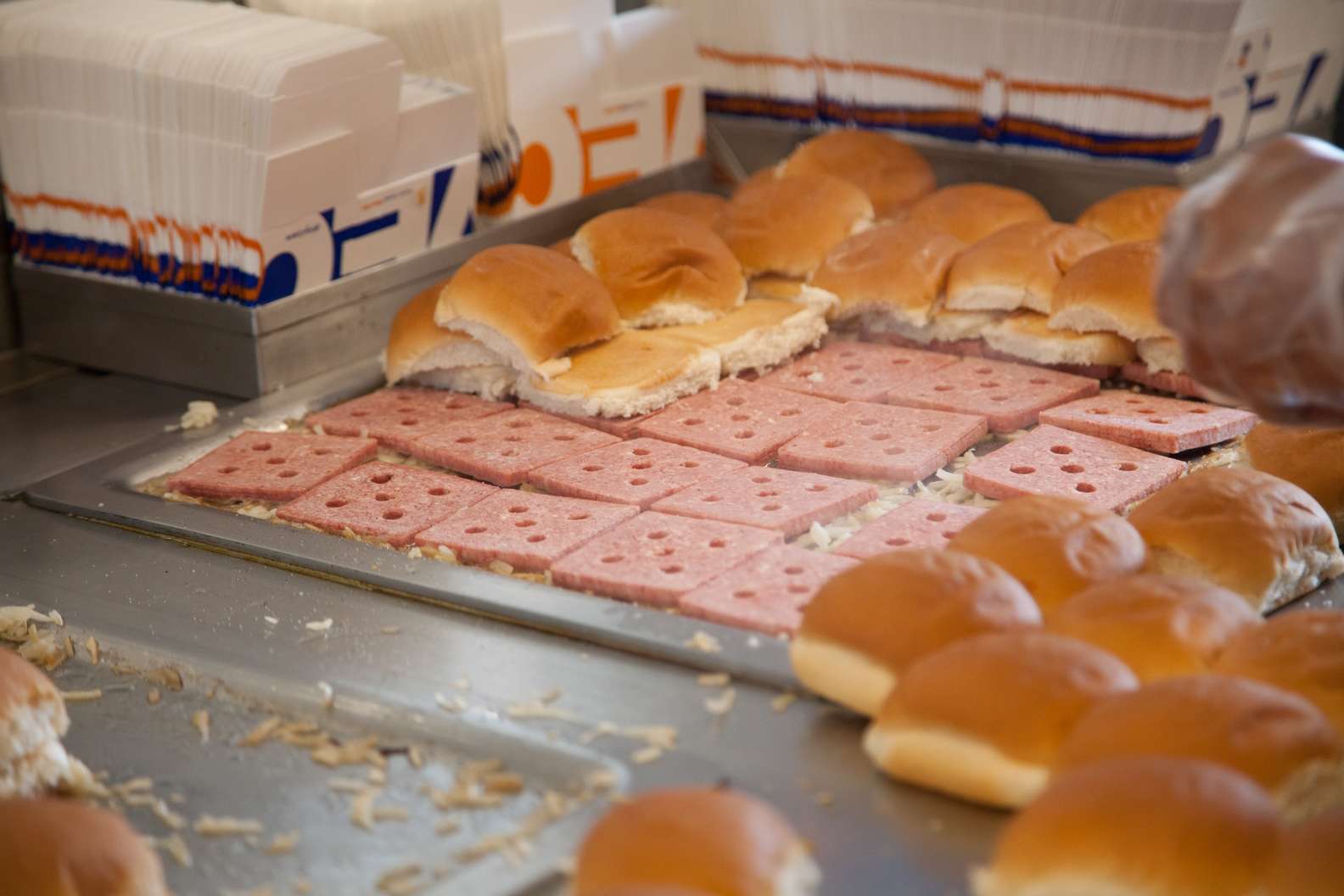 I can just taste the merlot cocktail with my 2 a.m. slider.

This week’s wine news: White Castle, home of the real slider, will offer cocktail recipes, while the illegal marijuana business shows no signs of going away and Dom Perignon’s owner is in a legal spat with Tiffany’s

• The 2 a.m. munchies: The Wine Curmudgeon spent more than his share of time at White Castle as a young reporter, what with getting off work after midnight. But no one thought to recommend a wine-related cocktail with my sliders – something now available to customers. Nation’s Restaurant News reports that the burger company’s “Cocktails and Craves” marketing campaign recommends cocktail pairings to make at home with three of its most popular items. How about the Original Slider with an Orange Afterglow, a beer and orange ginger ale concoction? Or the Cheese Slider with a Castillo Rosa Margarita made with pink lemonade? Or the Jalapeno Cheese Slider with a Midnight Merlot Punch that mixes merlot with raspberry Sprite, garnished with fruit and fresh mint. Who knew? If I had been able to come home and drink that merlot punch with my sliders, I might have started wine writing that much sooner.

• Illegal weed may still matter: Legal marijuana was supposed to force illegal weed off the market, or so thought most business analysts. But illegal weed still matters, if a recent shootout means anything. Reuters reports that seven people were killed in a suspected illicit marijuana operation in suburban Los Angeles last week. This happened even though California legalized recreational marijuana a couple of years ago, but police said the crime scene contained a several hundred plants and 1,000 pounds of weed. That’s not a huge operation, but it’s not for personal consumption, either. It’s also worth noting that one reason Canada’s legal weed sales stalled was competition from the illegal market.

• Premiummization battle? LVMH, the French multi-national that owns Dom Perignon Champagne (among other luxury brands), is being sued by high-end jeweler Tiffany’s. LVMH called off its merger with Tiffany’s, citing the tariff and the pandemic. Both have cut deeply into luxury goods sales. But Tiffany is having none of it, filing a lawsuit to force the deal to go forward and dismissing the tariff and pandemic as window dressing. Feel free to insert your comment here about two rich and powerful companies fighting over who is going to become more richer and more powerful when the world is in such a mess.