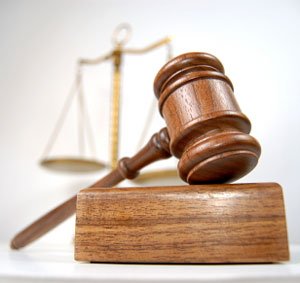 • Walmart appeal: Walmart, rebuffed twice by a federal appeals court, will appeal to the U.S. Supreme Court to be allowed to open liquor stores in Texas. We’ve followed this closely on the blog, since Walmart is trying to overturn a state law that forbids publicly-held or out of state companies from getting a retail liquor license (one of the WC’s favorite three-tier restrictions). Walmart won its case at the trial level, but was rebuffed twice by the the Fifth Circuit Court of Appeals. There’s no certainty the Supreme Court will take Walmart’s case. But if it does, expect some serious three-tier fireworks.

• Award-winner: The Wine Enthusiast has named blog favorite Grocery Outlet as one of its 50 best U.S. wine retailers. This is a big deal, if only because Grocery Outlet — best known for its cheap wine — is still mostly on the West Coast. The award puts Grocery Outlet in the same class as Costco, perhaps the U.S. leader in what the magazine calls “value-driven” wine.

• One glass of wine: An influential federal panel, reports Forbes, is recommending that men reduce alcohol intake to one drink per day, and that all Americans should cut back on added sugars. Who knew that a couple of glasses of wine were as deadly as that quart of vanilla ice cream? But that’s the finding from the Dietary Guidelines Advisory Committee, which says that the extra glass of wine is associated with a “modest but meaningful increase” in death rates.