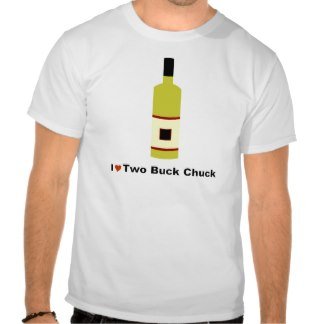 This week’s wine news: Two-buck Chuck costs $2 again in parts of California, thanks to the state’s grape glut. Plus, a 1-million bottle Italian wine fraud and the 2019 winespeak winners.

• Just $1.99: Two-buck Chuck, the Trader Joe’s private label wine, costs $1.99 again in California, just like it did when it debuted in 2002. That’s a drop of about one-third for the wine, labeled as Charles Shaw. Credit the California grape glut for the discount, which has dropped the prices of the bulk grapes used to make the wine. However, the price remains $2.99 to $3.79 a bottle in the rest of the country, thanks to higher transportation costs.

• A massive fraud: Italian police arrested five people, including two regional wine officials, and broke up a 1-million bottle wine fraud ring in the Oltrepo Pavese region near Milan in northern Italy. A wine co-operative in Oltrepo Pavese and several winemakers had worked together, combining sugar, additives and grapes from other regions to make fake Oltrepo Pavese DOC (PDO) and PGI wines for the 2018 vintage. This is the second major fraud in Oltrepo Pavese in the past five years; in 2014, police broke up a scam involving 200 people.

• Good old winespeak: John Tilson at the Underground Wine Letter presents his annual list of the most stupid wine descriptions of the past year. As always, he brings a chuckle to the Wine Curmudgeon. My favorite descriptors this year are “treacle tart,” a sweet British dessert, and beef blood, which were used by two different writers to assess the same Spanish red wine. How, do you ask, can two completely opposite descriptions be used for the same wine? All I can say is that this is why wonder I wonder about the future of the wine business.