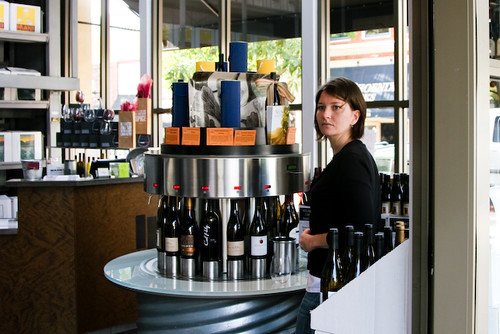 This week’s wine news: Another expert says premiumization is hurting wine, plus wine for world leaders and U.S. alcohol consumption

• “Doom loop:” Who knew a big-time market analyst would agree with the Wine Curmudgeon? Sonoma State’s Damien Wilson says premiumization “can be a path to ruin.” He even has charts and statistics to prove his point. Wilson, writing for Wine Business International, says “European wine market history shows that failing to recruit new wine consumers is the last thing the U.S. wine sector should be doing right now. As the number of wine consumers in the U.S. has stalled in recent years, the local wine sector should avoid profiteering in favour of new market investment. Here is where the US wine sector’s global leadership in business practices can come to the fore.” In other words, higher prices for the sake of higher prices scare off new wine drinkers and then demand slows. And we’re where we are today – flat growth and overpriced wine.

• World power wine: What does one serve the president of France and the Chinese premier at a leading international trade show? High-end French wine, of course. France’s Emmanuel Macron and China’s Xi Jinping sampled three amazing bottles – Louis Latour’s Corton Grancey Grand Cru 2010, Gérard Bertrand’s Château L’Hospitalet 2016, and the Cheval Blanc 2006. That’s about $900 worth of wine, though the Bertrand is a comparatively inexpensive $35.

• U.S. booze consumption: The typical U.S. resident drinks the equivalent of about a case of wine a year, according to the OECD, an international group that tracks a variety of economic indicators. The agency’s 2019 report on beer, wine, and spirits consumption shows that the U.S. is not only exactly average for the 36 countries in the survey, but that consumption is almost unchanged from 2007. So it becomes even less clear what the neo-Prohibitionists are complaining about.

Photo: “Modern wine tasting” by kellinahandbasket is licensed under CC BY 2.0