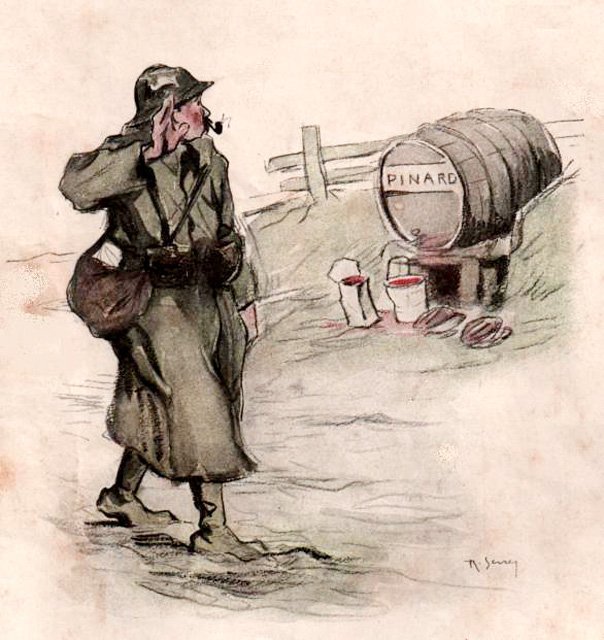 This week’s wine news: Century-old shipwreck wine off the coast of Cornwall, plus NBA coach Gregg Popovich’s and wine and the National Review takes on the three-tier system

• Under water for 100 years: The Wine Curmudgeon must confess to a weakness for stories about shipwreck wine. Why is there such enthusiasm to rescue it, given that it’s probably not going to be drinkable? The most recent story comes from Cornwall, where a ship sailing from Bordeaux was torpedoed by a German U-boat in 1918. Now, a group wants to salvage the cargo. There’s no word on what wine it might include, though a spokesman associated with the operation claims it’s a “one-of-a-kind opportunity to be a part of one of the most significant historical discoveries of the century. The rarity of such a cargo is unprecedented. …” On the other hand, it could be nothing more than pinard, the cheap red wine French soldiers were issued during the war.

• NBA wine culture: I don’t often get to write about wine and sports, but this item, from Psychology Today, does just that: “In a neo-Temperance public health period, Gregg Popovich stands apart.” The piece cites Popovich’s embrace of wine culture as something good – not something that will kill all of us if we have one glass. Popovich “is the son of parents from Serbia and Croatia. … For him, wine is essential to group gatherings.” And who can argue with one of the greatest coaches in NBA history?

• Too much government: Caleb Whitmer, writing in the National Review, asks: “Are crazy state liquor laws constitutional?” Regular visitors here know the answer to that question, but it is good to see one of the country’s leading political journals address the question. Whitmer misses the role the country’s alcohol distributors play in keeping the system buttoned down, blaming three-tier on local retailers and state legislatures. Still, it’s worthwhile reading, and especially his discussion of Mississippi’s quaint Prohibition-era liquor laws.