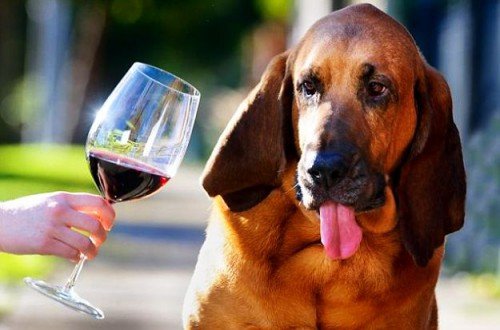 I’m just not going to worry about smoke taint, no matter how much I read about it.

This week’s wine news: The cyber-ether is awash in smoke taint controversy, while we get more not very good wine advice from the Mainstream Media and non-alcoholic booze gets more popular

• Fire damage? Wildfires in California and the Pacific Northwest the past two summers may have damaged grapes with something called smoke taint — or they may not have. And, even if the fires caused smoke taint, it may not affect most of the wine sold in the U.S. Ain’t writing about the wine industry grand? Smoke taint, say researchers, is caused by smoke from fires, leaving the wine with unpleasant “ashtray” smells and flavors. But no one is quite sure how to detect it or even if it can be detected before the grapes are crushed. Confused? Growers, especially after last summer’s fires, swore smoke taint wouldn’t be a problem. But some producers insist they’re wrong. More perplexing? The fantastic amount of coverage in print and the Internet, given that the grapes under scrutiny are used to make wine costing at least $20, which most of us don’t drink. But that’s how the Winestream Media rolls.

• Stop me before I advise again: The Wine Curmudgeon keeps a weather eye out for wine advice in the mainstream media, where good intentions too often lead to bad advice. Witness this post from Lifehacker, which makes no sense at all and seems mostly to be a plug for the retailer doing the recommending. Please, editors: Make sure your reporters know the basics of wine before you let them write about it. You wouldn’t let them write that way about brain surgery, would you?

• No more buzz: Will the non-alcoholic wine and beer market be worth will $25 billion by 2024? That’s the estimate from the Global Markets Insight consultancy. It cites several reasons: Improved brewing and fermenting techniques, which give the products the same taste and feel as those with alcohol, as well as increasing health concerns about booze from younger consumers. By comparison, wine sales in the U.S. total about $36 billion a year.