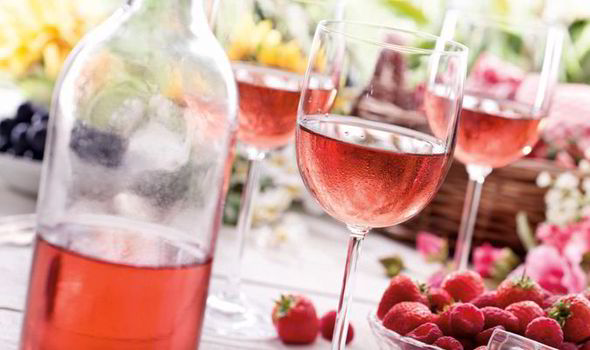 • Making money: Apparently, I’m not the only one worried about the future of the wine business. The Italian Wine Guy, who spent the last three months visiting retailers and restaurants around the country, writes that price “seems to be one of the biggest factors. It’s the economy, stupid. The wine trade has often been a race to the bottom, and these days, there is a significant concern for revenue and profit.” Consumers, he was told, are showing “high anxiety over a buying decision.” In other words, not everything is peachy-keen in the era of premiumization. And his take on the three-tier system? Intriguing and insightful for someone who used to work for the biggest distributor in the world.

• One more time: Those of us with long memories still laugh about Coca-Cola’s failure in the wine business in the late 1970s. So its foray into marijuana beverages elicits a similar chuckle. Nevertheless, reports the BBC, “the drinks giant is in talks with [Canadian] producer Aurora Cannabis about developing marijuana-infused beverages. These would not aim to intoxicate consumers but to relieve pain.” Apparently, it would be a “recovery drink,” aimed at the same market as Gatorade and Powerade. I’ll leave that straight line alone – it’s almost too easy.