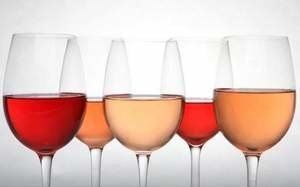 This week’s wine news: A sommelier says there’s bad rose out there, plus technology could make carding drinkers obsolete and researchers may have found the ultimate wine additive

• Score one for quality rose: No, I didn’t write this, which makes it even more refreshing: “… but when I see big-brand pink swill on otherwise nice restaurant menus, I get furious. You might know which brands I am talking about, the ones that sponsor huge parties in the Hamptons. They masquerade as luxury goods, with fun bottle shapes and cutesy names, but are simply bulk wines.” That’s Manhattan sommelier Victoria James, writing in Bon Appetit, and her rant took guts. It’s one thing for me to say that, given it’s the blog’s reason for being. But when you’re in the belly of the beast, as James is, it’s that much more difficult. And all she writes is correct, whether it’s being offered money to add wine to restaurant lists, the tarted up bottles made to look like perfume dispensers, and the other tricks foisted off on those of us who love rose. Welcome to the fight, Victoria.

• New way to ID: Technology has made it possible to card booze drinkers without an ID, thanks to biometrics. Your fingerprint can serve as your ID; it can be scanned to prove who you are. The story doesn’t go much farther than that, but the technology may have other uses. In buying wine over the Internet, for example, it would make underage ordering almost impossible. The delivery driver could scan a print, which so far can’t be faked the way a driver’s license can, to see if the person buying the bottle is old enough. And would be another blow against the three-tier system.

• Is that wine oily enough for you? Researchers in Spain may have found a plant oil that will make yeast more efficient during fermentation in the winemaking process, reports Scientific American. It’s a fascinating discovery (and the article isn’t too complicated, given its pedigree), but it raises several questions that it doesn’t answer. Are more efficient yeasts better for wine? Will it affect the wine in any other way?