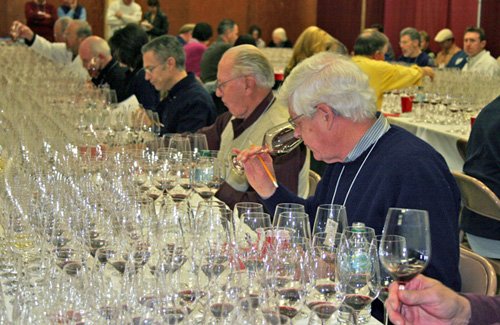 This week’s wine news: Eric Asimov on the role of the critic, plus Belgian wine and less alcohol, fruit and oak in wine

• The role of critics: The New York Times’ Eric Asimov, perhaps the best wine critic in the world, shows why: “Why is wine so regularly singled out in the United States to be assailed as something of a con game? And what is it about wine critics that invites such gleeful dismissals of their knowledge and judgment? One reason … is that [these claims] all contain elements of truth. While it may be ridiculous to assert generally that expensive wines are no better than cheap wines, it is absolutely true that many expensive wines are not as good as many cheaper wines.” It’s an intelligent, well-thought essay taking into account the role of critics, the history of wine snobbery in the U.S., and what Asimov calls industry complicity in making wine snotty and the idea that those of us who are better at it are also better people.

• Even in Belgium: Yes, there’s wine in Belgium and just not beer. The industry is not big by European standards – just 110,000 cases or so, a decent-sized U.S. winery. But it’s growing, and there are more producers and grapevines than ever. How is quality? Says one distributor: “Everything has been progressing, everything has been going well.”

• Call it international: For the past couple of decades, the International style of wine has been know for its high alcohol, over-ripe fruit, and overdone oak. That’s changing, reports the Italian Wine Guy: “There was less talk of fruit and oak and power and alcohol. And there were people crooning over acid, and cement, restraint of fruit (and alcohol) and less about power. And more about grace. And just like that, a schism rent asunder, regarding the interpretation of international style.” I don’t know that I’m quite as optimistic about these changes (ask me about 14.8 percent California chardonnay samples), but regular visitors here know how welcome that change is, the idea that wine is more than a cocktail.