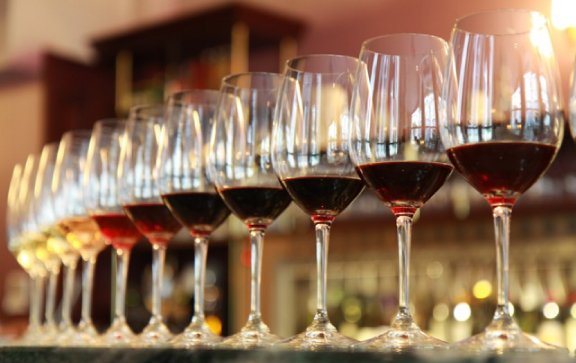 • Organic wine: Frey Vineyards, destroyed in last week’s wine country wildfires, was one of the leading organic producers in the country, one of only two or three with national distribution. Its destruction deals another setback to organic wine, which has never been as popular as other organic food products. It accounts for less than five percent of U.S. wine sales; that compares to the 13 percent market share for organic fruits and vegetables. I’ve written a lot about why organic wine does so badly in the marketplace, but the best explanation is so simple I’m embarrassed I didn’t think of it. Says Tyler Rodrigue, an organic viticulture consultant in northern California. “Consumers assume that wine, by its very nature, is pure and natural to begin with. Ask most consumers, and they don’t equate a vineyard with a factory farm the same way they do for other products. Vineyards are beautiful, and don’t look like a picture of a factory farm.”

• It’s all about customer service: The Wine Curmudgeon is the son and grandson of retailers, so this study from a company that tracks on-line reviews called Trustpilot isn’t surprising. We want better service when we shop on-line, even more than cheap prices. Which is what I heard when the subject came up at the dinner table, which was more often than not. Says the report: “ ‘Price’ only shows up around in 4-5% of 1-star reviews and in 10% of 5-star reviews, significantly behind the top five most common words.” Why does this matter to wine retailers? What’s more confusing than buying wine? What other category requires service to find something to buy that is enjoyable? In other words, fake discounts and shelf talkers blaring 92 points aren’t enough. We want a person to answer our questions knowledgeably and intelligently.

• Restaurant sales continue to slump: How bad has the restaurant sales slump become? So bad that the people who parse the numbers are desperatley looking for silver linings. Throw out the hurricane states from this summer’s sales figures, and the decline in sales from month to month are less than two percent. Not much of a silver lining, is it? Or, as the chart with the story shows, same store sales have declined for 11 of the past 12 months. We’ve written about this on the blog many times, since poor restaurant sales numbers usually mean higher restaurant wine prices, as operators increase wine prices to make up for losing money elsewhere. No doubt this will continue to happen.