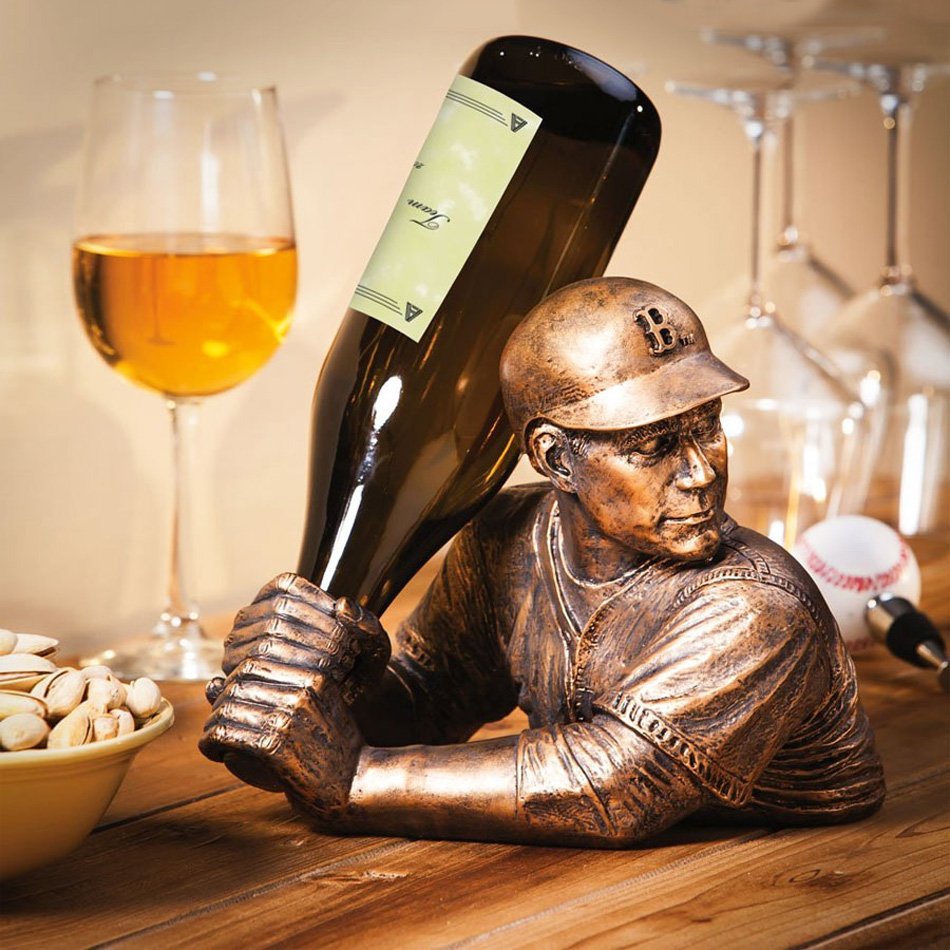 • Batter up: Those of you who doubted the connection between baseball and wine last fall – or, even worse, were bored by it – must now be corrected. How about this baseball player wine holder? The bottle fits upside down, with the neck in the player’s grip, and it looks both real and odd at the same time. It comes with player logos for many teams, including the World Series champion Chicago Cubs. So where should I display it in the house?

• That’s a lot of dope: Colorado’s marijuana dispensaries sold $1.3 billion worth of recreational and medical pot in 2016, up 31 percent from 2015 and almost double from 2015. Anyone who thinks legal marijuana isn’t going to affect wine sales isn’t paying attention. Colorado wine totals less than $40 million each year, and grows at about half that rate. Or, to look at it another way, the entire U.S. wine industry sells about $60 billion a year, and one small state already does two percent of that total. No wonder the three-tier system is rearing its ugly head to regulate weed.

• Discounted wine real estate: Cliff Richard, the British pop star all too familiar to people of a certain age, has slashed the price of his Portuguese wine estate by one-third. You can own a 15-acre vineyard, two houses, two pools, and a tennis court, plus a winery, for just €6.5 million (about US$6.9 million). The property has been on the market for three yearst, which means the discount is even bigger with the almost one-third fall in the value of the euro.