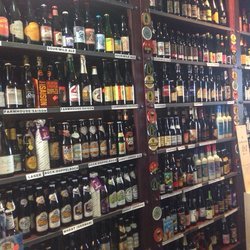 • Fox in the hen house? Controversial British liquor guidelines, which say no amount of drinking is safe and any booze increases your chance of dying, may have been unduly influenced by Neo-Prohibitionists and anti-drinking lobbyists. A British trade magazine for liquor stores reports that the “panel that devised the guidelines included four members of the Institute of Alcohol Studies, a lobby group bankrolled by the temperance movement.” In addition, the Royal Statistical Society has questioned the math used to come up with the guidelines, but the British health department has refused to change them.

• Enough already? How about Prosecco-flavored soft drinks? That’s grinding Houston wine writer Jeremy Parzen, who says “this colonization rape of Italian viticulture egregiously harms our community by propagating mis- and disinformation.” Which is even more curmudgeonly than the WC, though his point is well taken. The Texas retailer that sells this stuff has also been known to sell quality Italian pinot grigio with signs saying to use it as a mixer for sangria or other wine-based cocktails.

• Shoot that cork: The Wine Curmudgeon’s antipathy towards corks is well known, so I’m not sure why I’m running this item (I’d rather have a sonic screwdriver). But the 12-year-old in me can’t help it; as the headline on this post says, “There is absolutely no reason for a wine gun to exist, but you’ll want one anyway.” It’s a rechargeable gizmo – put the barrel on the cork, pull the trigger, and the cork comes out. The post says it works well, though I can’t imagine it works better than a screwcap.