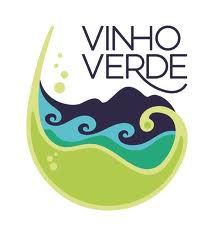 • Quality cheap wine: The U.S. has become the world’s biggest export market for vinho verde, the green, slightly fizzy wine from Portugal. This isn’t that surprising, given the U.S. desire for quality cheap wine and the Portuguese effort to to upgrade vinho verde quality over the past decade. The wines are much better made than they were when I started tasting them all those years ago, and prices are still mostly the same. One odd bit in the release, though: “As producers throughout the region revamped and upgraded their wineries, many went a step further adding boutique hotels, day spas and tasting rooms to accommodate the growing number of visitors.” Who knew day spas were such a factor in wine consumption?

• Expensive California wine: Our wine drinking colleagues in Great Britain have a difficult time finding affordable California wine, reports Harry Fawkes in Decanter. We know about that, don’t we? Fawkes writes about am especially hip London wine bar, where “all the wines that looked interesting from the USA were over fifty pounds, which even for an enthusiast, is a high price to experiment.” Or, about US$70, which is more than even we’re asked to pay here. Fawkes says the high prices were caused by taxes and distribution costs, but mostly because California producers don’t have any incentive to sell wine overseas since they sell most of what they make here. Which, oddly, are the same reasons that are cited here.

• I, Winemaking robot: An Italian researcher has invented a robot that makes wine, writes Thomas Pellechia in Forbes. No, it doesn’t look like one of Will Smith’s pals (or Isaac Asimov’s, for that matter). Instead, it’s more like an intelligent wine tank, named Genesis and that holds one-quarter ton of grapes. Genesis crushes, ferments, and adjusts the grapes inside itself, using software designed by the researcher, Donato Lanati. This raises a variety of questions: Does Genesis have a subscription to the Wine Spectator so it knows what’s current with the critics? Was it designed to know to add Mega Purple? And what does it think about terroir? Which gives the Wine Curmudgeon something to ponder as I sip my next Italian wine: Do Data and Picard discuss terroir?