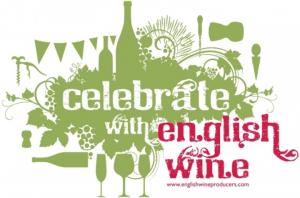 ? Just like Champagne: Not the quality or flavor or price, but the appellation law. The European Union is expected to rule that sparkling wine from Sussex in England can be called Sussex, just like sparkling wine from Champagne in France is called Champagne. This known as protected status, and it’s an important development for usually little respected English wine. So, the next time you’re at your favorite wine bar in London, you won’t have to ask for a bottle of English sparkling — you can ask for a bottle of Sussex.

? Screwcaps are OK? There’s a journalism term called “parachuting in” that makes cranky ex-newspaper reporters even crankier, and this story from something called Business Insider looks to be classic parachuting. That’s when someone who doesn’t know much about the subject writes about it in a one-off and the story is mostly breathless prose telling us something we already knew. Such as: “While many bulk wines use screw caps ? which is likely where the stigma originated ? a screw cap is by no means and indicator of the quality of your wine.” No kidding. Where has this reporter been for the past 20 years? The rest of the story is mostly in the same vein, including the obligatory reference to the romance of the cork.

? Peter Mondavi: Peter Mondavi’s death at 101 didn’t elicit the same kind of response as that of his brother, Robert Mondavi, when the latter died in 2008. Chalk that up to the way the wine world works, and that Robert was a more public person than Peter. Nevertheless, Peter Mondavi was one of the people who made wine the way it is today, and the wine world would be significantly different if not for him. The Grape Collective ran its interview with Peter Mondavi, then 98, to commemorate his death, and it’s well worth watching.