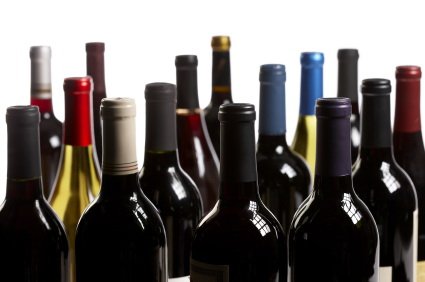 ? Get the lawyers: The indomitable Alice Feiring has no patience with wine that is not the way it should be, even if it’s Champagne: “I could not sip without tasting the scorched earth viticulture that still exists in Champagne. This was all sulfur and sugar and bubble. It was cynical. It was false. It was a traitor.” The bottle in question is from Trader Joe’s, Charles de Marques, and while I applaud and appreciate the honesty of her review, I would advise Feiring to get a good attorney. Because we know what the Champagne people do when someone does something that they don’t like. Right, Champagne Jayne?

? How legitimate is that review? Cornell researchers have developed a system that spots phony Internet hotel reviews called Review Skeptic, so the Wine Curmudgeon immediately tried it on a variety of Winestream Media wine reviews. Most were identified as real, which speaks to the quality of the algorithm, since it’s not meant to do wine reviews (and, unfortunately, doesn’t judge the quality of the writing). Given the possibility we could get computer-generated wine reviews sooner rather than later, Review Skeptic — even in its current form — could come in quite handy.

? Make it local: The annual National Restaurant Association’s chef’s survey has again identified local as the hottest trend for 2016 behind the restaurant bar. This marks at least the eighth year in a row that chefs see local wine as important, which makes the Wine Curmudgeon quite happy. Now, if we could only get Dallas chefs to understand why their colleagues feel that way, I would have one less thing to bellyache about.