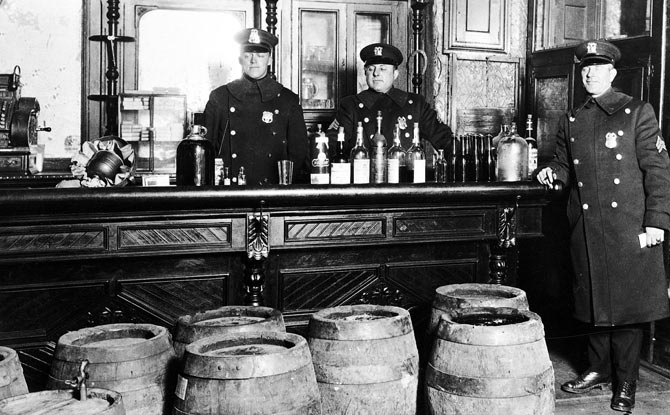 ? Nevermore! What happens when the state booze cops arrest alcohol vendors at a food and wine event? The event gets canceled, and no one is quite sure what happened. That was the case at one of Sacramento’s most popular festivals, when the 2015 event was canceled after the 2014 arrests. Organizers said wine and beer vendors didn’t want to participate this year, given the threat of arrest. Why were the vendors arrested in 2014? Something to do with what are called tied-house laws, which regulate the relationship between alcohol producers and alcohol retailers and are integral to three-tier. The story is fuzzy about exactly what happened, but tied house enforcement can be capricious and over stupid things — even something as simple as a retailer using a producer logo that he or she got from the producer, and not through the distributor.

? Not just for wine writers: The knock against the push for lower alcohol wines is that it is being powered by elitist wine critics (overlooking the fact that the most elitist of us started the high alcohol thing). The latter insist that consumers either don’t care or like high alcohol wines. Hence the welcome that Australian researchers, working with Treasury Wine Estates and a leading British retailer, are trying to develop lower alcohol wines that consumers will like. Said one researcher: “We would love to produce a wine with zero percent alcohol that tastes like 15 percent, but even if we get a quarter of the way, that would be good. Ten percent or 5 percent is also desirable.”

? Alternative Prosecco: Apparently, there is a Prosecco shortage, though the Wine Curmudgeon has a difficult time believing this when he sees row after row of Prosecco, the Italian sparkling wine, on grocery store shelves. In which case, several leading Prosecco producers will make Prosecco-style wines from other countries, showing just how un-wine the wine business has become in its quest to confuse us to make money. One of the brands, called Provetto, is from Spain, and sounds about as tasty as its name implies. It will also sell for about the same as a quality bottle of cava, the Spanish sparkling wine, which raises all sorts of questions that would make me too cranky if I answered them.