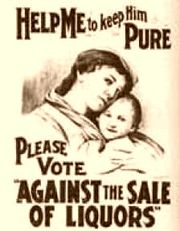 ? Saving us from ourselves: The Centers of Disease Control is at it again, reassuring those of us who drink too much that there is hope. Says the head of the health agency’s alcohol program: ?Many people tend to equate excessive drinking with alcohol dependence. We need to think about other strategies to address these people who are drinking too much but who are not addicted to alcohol. ? This strikes me like being sort of pregnant, but what really matters is that the CDC’s definition of excessive drinking is wine with dinner, and this fact doesn’t appear in the story. For which the Wine Curmudgeon must call out Tara Parker-Pope at the New York Times for repeating that assertion. Which, as near as I can tell after doing the reporting, is scientifically unfounded.

? When is Champagne not Champagne? When it’s the name of a wine writer, reports Decanter, the British wine magazine. Hence the lawsuit filed by France ?s Champagne trade association against Australian Rachel Jayne Powell, who goes by Champagne Jayne. Since Powell also writes about other sparkling wine, the Champagne group says her name violates European Union rules. Their logic? That Champagne can only come from the Champagne region of France, so a writer who uses Champagne as a name can only write about Champagne. The case is scheduled to go to trial next week in Melbourne, believe it or not, and Decanter reports that it could set precedents. The Wine Curmudgeon, whose aversion to silly lawsuits like this is well known, has a suggestion: Settle by letting Powell call herself champagne Jayne with a small C, since every wine geek knows Champagne only comes from Champagne with a capital C.

? Yet another million case producer: One of my goals with the blog is to help consumers understand that most of the wine we drink doesn’t come from artisanal producers, but from Big Wine — the multi-million case producers who dominate the business. That’s why this two-part interview with someone I’ve barely heard of is worthwhile. In it, Vintage Point’s David Biggar talks about his company’s 17 brands, the best known of which is Layer Cake. In this, what the wines taste like barely comes up, though there is plenty of discussion about pricing, distribution and the three-tier system, and margins. Which is what the wine business really is, and not all that foolishness that the Winestream Media would have you believe.