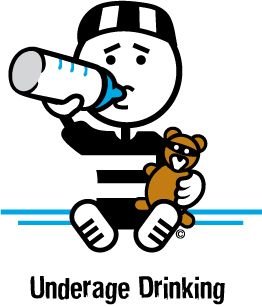 ? You can’t learn from me: A study reported at the Partnership for Drug Free Kids found parents can’t teach their children responsible drinking. The catch? One definition of teaching responsible drinking is parents buying the booze for a beer bash. Sigh. How about parents letting their children have wine with dinner, to show them it’s not something unusual or forbidden? The study’s approach, to demonize booze, reminds me of the way we tried to demonize sex for teenagers, substituting abstinence for education. Which didn’t work very well. As I wrote when I was writing that sort of thing: “Teach kids to make intelligent decisions, and they ?ll make intelligent decisions. Tell kids what not to do, and they ?ll do what they ?re not supposed to do every time. Isn ?t that one of the first rules of being a good parent?”

? Even more lawyers: One of the first things I wrote here discussed fake wine terms; that is, those that appear on the bottle to describe wine but have no legal meaning and are used to confuse consumers. Now, it looks like we’re going to see some definition, with lawsuits filed against spirits producers who used the terms handmade and local, both of which have no legal standing but are used all the time. Even though the Wine Curmudgeon is not a lawyer, he has some advice for the producers they should listen to: Settle. You know, as well as I do, what’s going on here. And you don’t want to put that in front of a jury,

? No more, please, I’m a drunk: This item probably deserved its own post, complete with interview, picture, and my incredibly erudite comments in praise of the writer. But given that I’ve already written something like this and I don’t want to bore you, this will have to suffice: Janet Street-Porter, writing in London’s Daily Mail, has had her fill of government agencies telling her she is an alcoholic. “Two glasses of wine a night doesn’t mean I’m a drunk.” Couldn’t have said it better myself.