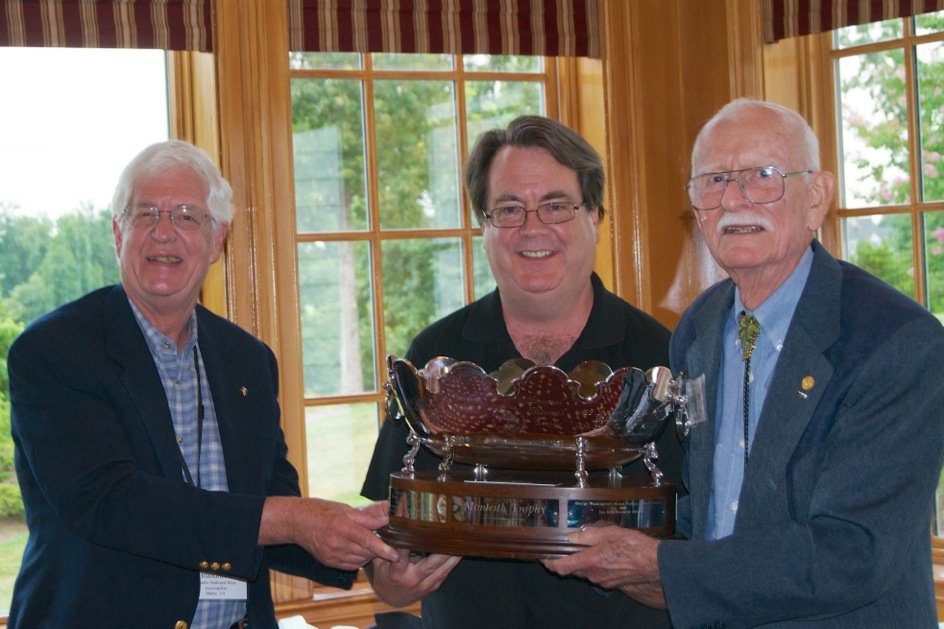 That’s Dave in the middle, and he should be smiling.

? More than well deserved: Who knew the Wine Curmudgeon would know someone who had won the same award as a Mondavi? Or the legendary Konstantin Frank, without whom U.S. regional wine would not have been possible? But that’s my pal Dave McIntyre, who was given the Monteith Trophy over the weekend for his work as a wine writer. Dave has done much for the cause of wine, including co-founding Drink Local Wine with me when people thought we were crazy. So it’s more than time that the wine world recognized the effort Dave has made, not only for regional wine, but for wine drinkers everywhere. Dave will be in Dallas in a couple of weeks, and I have laid in some Texas wine that we will celebrate with. Congratulations, my friend. But couldn’t you have worn a tie for a big deal like this?

? End the tyranny: Or so says Michael Woodsmall at the Grape Collective, calling for an end to the 100-point scoring system. “It should be duly noted that these scales don ?t take actual wine’s nuanced characteristics into account; they merely assigned values to general traits. … Also, it is no longer the seventies and eighties.” This sentiment is something the Wine Curmudgeon has long advocated, and Woodsmall makes an intelligent argument for the end of scores, even throwing in a little political theory to explain why the debate generates such controversy. This is a revolution, and the scoreists will defend the ancien regime until the bitter end.

? Hollywood and wine: The Wine Curmudgeon, in discussing U.S. wine culture in the cheap wine book, talked about Hollywood’s complete indifference to wine for most of the 20th century, and how this indifference reflected American views of wine. So I was more than pleased to see an academic study of the subject, supporting my views. Raphael Schirmer of the University of Bordeaux, writing for the American Association of Wine Economists, has found that as wine has become more popular in the U.S., so has wine become more popular in film. This is not just about Francis Ford Coppola owning a major wine company or movies like “Sideways;” rather, it’s the idea that we drink wine as part of our everyday lives, and the movies that are made reflect this.

One thought on “Winebits 343: Dave McIntyre, wine scores, and wine in the movies”