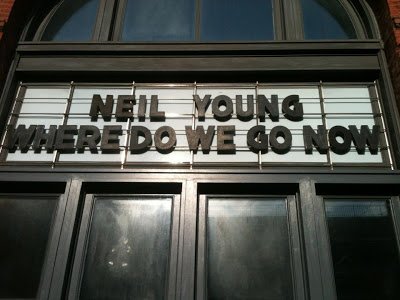 Where do we go? Obviously, not anywhere where three-tier doesn’t exist

? Bring on the Apothic: E&J Gallo, one of the biggest wine companies in the world, is making a play for the British market, and is using its sweet red wine to do the job, reports the Harpers trade magazine. The article describes Apothic as a blend of five grapes, though doesn’t mention that it helped pioneer the sweet red movement in the U.S. Rather, it quotes a Gallo official, who says the wine is “very different from previous Gallo brands, and very polarizing.” Still, he says Apothic is selling better than expected, and has been picked up by most of the country’s major grocery stores. It’s odd that Harpers doesn’t mention that Apothic is sweet; its stories are usually better reported than that. Did the writer leave it out on purpose or just not know? Or figured no one in the UK wine business would care?

? Play that dead band’s song: The Wine Curmudgeon has often noted that Alabama can be in a completely different universe when it comes to wine distribution and sales, even allowing for the eccentricities inherent in the three-tier system. Like this. And this. But this one is nifty, even for Alabama. The state legislature wants to pass a law that would make it more difficult for retailers in Montgomery County, which includes the city of Montgomery, to switch distributors. Imagine the clout that’s required to get a bill like that through, which benefits just a handful of companies. It speaks to the immense power of distributors and why three-tier remains so well entrenched in the supply chain.

? But it’s in Scientific American: Those of us who write about wine regularly argue about high alcohol, often to no effect other than name calling and snarkiness. But consider this — a report in a respected journal that’s not about wine headlined “Wine Becomes More Like Whisky as Alcohol Content Gets High” and that includes news of a new yeast that allows winemakers to produce fruity wine without high alcohol. Plus, there’s Latin in it, which always impresses me. More importantly, does an article in something as prestigious as Scientific American help mend the rift between the pro- and anti-high alcohol factions? Almost certainly not, unfortunately. The two sides just don’t like each other, and personality — and not wine — has become all.