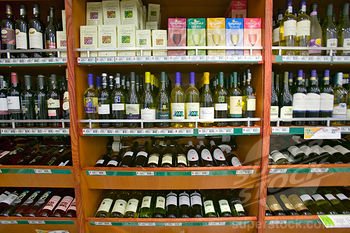 ? Invisible wines: Mike Veseth at the Wine Economist weighs in on availability and the three-tier system, writing off the recent Eric Asimov column. “Asimov uses the article to respond to readers who are frustrated that the fabulous wines he often praises turn out to be nearly impossible for them to actually experience. … Asimov is sympathetic to his readers ? frustration and explains how the almost hopelessly fragmented US wine market (a lasting legacy of Prohibition) makes it nearly impossible to talk about important wines if you limit your list to only those that can be found in all the nation ?s many marketplaces.” In this, he puts Asimov in perspective, noting that there are tens of thousands of wines that are made around the world, most of which we’ll never get a chance to buy. I’m not so sure Veseth is defending the three-tier system as much he is reminding us that there is more to wine than what we find in the grocery store, and that there is a certain joy in that.

? Bring out the attorneys: Because, frankly, the Wine Curmudgeon takes an almost unhealthy glee in reporting that wine companies are suing each other. This time, Veuve Cliquot, the French Champagne giant, is suing Ciro Picariello, a tiny Italian producer that makes spumante. The former says the latter’s label is the same color as Veuve’s, and that’s illegal. That the wines have nothing else in common save bubbles is apparently irrelevant. And, as Diana Goodman notes in the linked article, the colors don’t look that similar, either. Isn’t it reassuring to see Big Wine spending its money to make a better product?

? “Depths that need to be stirred:” The Italian Wine Guy is one of the best writers in wine in the world today, and I almost always want to leave a comment on one of his posts. And I’d say that even if he wasn’t a friend of mine. So, the next time the wine world leaves you frazzled and worn out, and you’re tired of the foolishness that too often passes for wine writing and criticism, read this post. It will make you feel better. It did me.