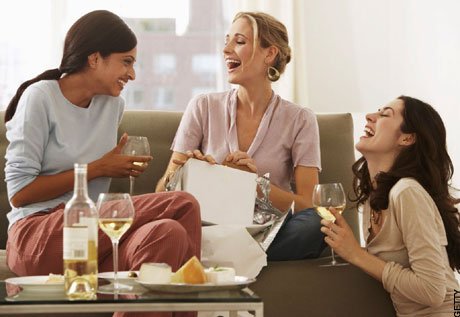 Most of the wine trends 2019 stories on the Internet describe a wine wonderland of rare vintages, exotic tastings, and unlimited opportunity. Which is probably true for the few who live in that particular wine bubble – they don’t have to worry about how much they pay and they can get their hands on any esoteric wine they want.

For the rest of us, wine trends 2019 are not particularly encouraging. Is it any wonder I worry about the future of the wine business? Here’s what to expect this year:

• An attempt to bake higher prices into the marketplace, not because prices should be higher – a grape shortage or better quality wine – but because the oligopoly that controls wine pricing wants higher prices. It’s worth noting that consolidation, which gave us the oligopoly, is no longer a trend. It’s an everyday part of the wine business.

• More three-tier reform failure. Yes, I am well aware that every smart liquor attorney and wine analyst expects the Supreme Court to kick the three-tier system in the groin in the upcoming Tennessee retailers case. And I want them to be correct. But it ain’t going to happen. This Supreme Court, which sees the 1950s as the Golden Age of American life, isn’t going to change three-tier in any way, shape, or form.

• The return of white zinfandel. It won’t be called that, of course, but will be disguised as dry rose. One example: The Seaglass rose. The 2016 vintage was made with pinot noir, “with barely ripe strawberry fruit and surprising freshness instead of the cloying, almost sweet quality that some wines have.” So what did the 2017 vintage (apparently minus the pinot noir) taste like? Cloying and almost sweet.

Bring on the recipe

• More formula wine, as producers treat wine production like a recipe at a chain restaurant. We’ve seen a lot of this already, especially in the $10 to $15 range, but it will expand to wines costing as much as $25. Who ever thought we would see wines at that price made to focus group specifications, with residual sugar, barely any acidity, and washed out tannins? One large bulk winery owner told me last week that he has to make two styles of wine now: sweeter for the U.S. market and drier for Europe.

• Top-quality brands losing distributors and importers, further reducing consumer choice. We saw this when the French Domaine du Tariquet lost its U.S. importer in 2018, and that was just the beginning of the bad news. Last year, California’s McManis Family Vineyards, which makes 300,000 cases annually, had to sign a distribution deal with The Wine Group, the fourth biggest producer in the country. McManis couldn’t find a distributor with national scope willing to carry its wines; in the age of consolidation, 300,000 cases isn’t big enough for Big Distributor. The McManis family still owns the winery, but it has to depend on another producer’s sales force to sell its product. How screwed up is that?

• Continued flat demand here and in Europe. As one California winemaker told me recently, “No one is buying wine anymore. What’s going on?” Or, as Wall Street put it: “Shares of Constellation Brands skidded as much as 11 percent Wednesday morning. … [thanks to its] disappointing wine and spirits business. …”

• The attack of previous vintages. Flat demand, combined with increased wine production, means there is lots and lots of older wine on warehouse shelves. More retailers – and even some that are usually more scrupulous about this – are mixing the older vintages in with the current stuff in hopes you won’t notice. Or, you’ll see older wines discounted, even if they’re so old they aren’t very drinkable.