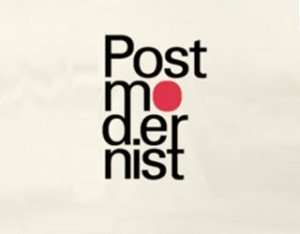 No, the wine term post-modern is not something that usually shows up in the Winestream Media or on most of the websites with winespeak dictionaries. But post-modern is a crucial term in understanding the evolution of the wine business over the past couple of decades.

I adapted it from literature, where post-modern defines a style of writing that rejects the idea that narrative is the most important thing in the novel. In post-modernism, it’s not necessary for the plot to go from beginning to end, or to even make sense. Things just happen, and that’s what writers like Thomas Pynchon, Kurt Vonnegut, and Martin Amis explored.

An astute visitor has noted that winemaker Clark Smith wrote a book, published last year, called Postmodern Winemaking, and wanted to make sure that I gave credit where credit was due. I wasn’t aware of the book, or certainly would have. We apparently cover much the same ground with the term post-modern, though Smith focuses on the winemaking aspects, while I’m concerned less with the technical aspects and more about what it means for consumers (and Smith drops the hyphen, like a true post-modernist).

My view? In wine, post-modernism rejects traditional methods and benchmarks, just as post-modern literature rejects traditional narrative. That means terroir doesn’t matter, that varietal character isn’t important, and that alcohol levels are for old ladies. In this world, the only thing wrong with a 15.5% chardonnay without green apple fruit is that no one had thought of doing it before. The idea is to make wine the way the winemaker wants, free of the constraints that hampered the process for the past 500 years. Or, as one leading post-modernist wrote so memorably: “California promotes wines that don’t suck.”

The International style of winemaking, where winemakers in Italy or Argentina consciously try to make wine taste like it came from Paso Robles, is part of post-modernism, but it’s not the only part. What’s more important, and what’s often overlooked, is how Big Wine has adapted post-modernism to its purposes — to sell more wine without having to educate consumers.

Hence, dry red wines with sweet fruit that don’t taste dry; wines without tannins, because the casual wine drinker doesn’t like them — even though tannins are an integral part of red wine; and wave after wave of sweetish white wines, like moscato and Prosecco, where the wine is made to a taste profile and not necessarily to what the grapes give it.

The other thing that matters is that post-modernism is neither good nor bad. It just is. Martin Amis is a fine writer, but he makes me crazy. You don’t have to like those wines; rather, you need to know they exist and that they are in stark contrast to wines made in the traditional manner. I’m not going to tell you what to drink. Instead, I’m going to describe what the wine is like and let you make up your mind. And using the wine term post-modern is one more way I can do that.