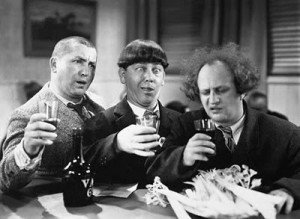 The Juvé y Camps Brut Nature Reserva de la Familia Gran Reserva is a top-notch cava, a delicious, elegant, and value-driven $15 Spanish sparkling wine. So why does it only average 86 points on CellarTracker?

Because wine scores are less than useless. They reflect the critic’s biases, and not the quality of the wine. We’ve shown this many times on the blog; sadly, this is just one more example. If the Juvé y Camps is only worth the same number of points as supermarket plonk, then I’m going to start buying $50, 15 percent Napa Valley chardonnay and write poetic odes to it all day long.

This is not a rant about any of the CellarTracker users who scored the wine so poorly. They’re entitled to their opinion. Rather, it’s about the failings of wine scores and the system that has grown up around them – a system that intimidates too many wine drinkers into drinking wine they don’t like. “Oh, it got 90 points, so it must be good,” they think, and then buy it and discover the truth and give up wine in favor of hard seltzer.

There are many reasons why the Juvé y Camps could have gotten such a low score, reasons that have nothing to do with the quality of the wine. Two are common.

First, does the reviewer like cava? One of the most difficult things I have to do as a critic is to review wines and wine styles that I don’t like, such as California merlot or Argentine malbec. That’s why so few show up as wines of the week. But at least I know my shortcomings, and try to allow for them.

Second, does the reviewer expect a Spanish sparkling wine to taste like Champagne, even though it’s not supposed to? This happens all the time, and even with the most professional critics. I was talking about cava with a sharp, smart wine writer who I like and respect at a competition several years ago. “Don’t much care for cava,” he told me. “It doesn’t taste like Champagne.”

So no scores on the blog – not now, not in the future, not ever. If scores turn an amazing wine like the Juvé y Camps into something that is barely ordinary, what’s the point? And yes, that pun is fully intended.

More about wine scores:
• Scores, value, and the Wine Spectator top 100
• Chateau Bonnet Blanc and why scores are useless
• Wine business slow? Then boost the scores

7 thoughts on “Wine scores rant: Top-notch cava gets 86 points, about the same as a crummy supermarket wine”