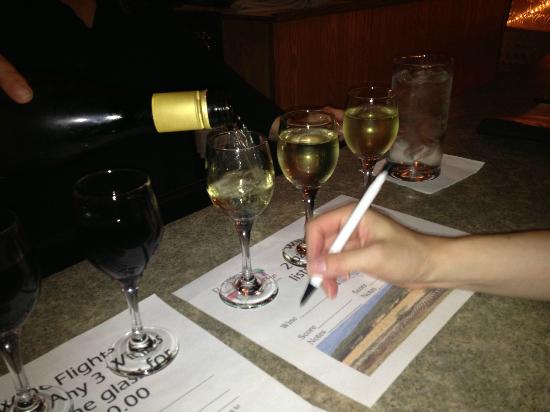 The conventional wisdom in the wine business over the past decade that wine reviews — unless you’re the Winestream Media, writing for an audience that desperately needs to know that its $28 wine got 93 points — are becoming irrelevant. I’ve written this, and I mostly believe it. For example, the majority of the reviews on the blog are among the least read.


The irrelevancy of review comes from new technology, whether Facebook, texting, phone wine apps, or CellarTracker, that gives wine drinkers the ability to recommend wine to their friends and read their friends’ recommendations without the need for a traditional wine reviewer.

So imagine my surprise when the new Wine Market Council study, detailing the behavior of U.S. wine drinkers, found that reviews still matter.


“I think it is to be expected that people who have not been around wine for years and years are a bit more interested in reading about wine and getting input from knowledgeable sources,” says John Gillespie, the council’s president. And he has some intriguing numbers to back that up.

More than half of Millennials and almost half of Gen Xers who drink wine frequently said reviews were extremely or very important in deciding what to buy. This is twice the number of Baby Boomers who said they valued reviews, and three times the number of the oldest group surveyed, born before World War II.

If that still doesn’t seem a lot, consider this: I located two surveys about film criticism that showed much lower numbers — six percent in a poll on ComicBookMovie.com said reviews were important, and a survey of Indian audiences in 2011 found that just 17 percent said the star rating was important. Yes, these aren’t exactly comparable to the Wine Market Council results, but it’s close enough to make me think wine reviews are still relevant.

The one thing not surprising about reviews in the Wine Market Council survey? The Winestream Media’s grip on its captive audience. Two-thirds of high-end wine buyers who drink wine frequently rated reviews extremely or very important. Which is why they’ll always be a Wine Spectator.