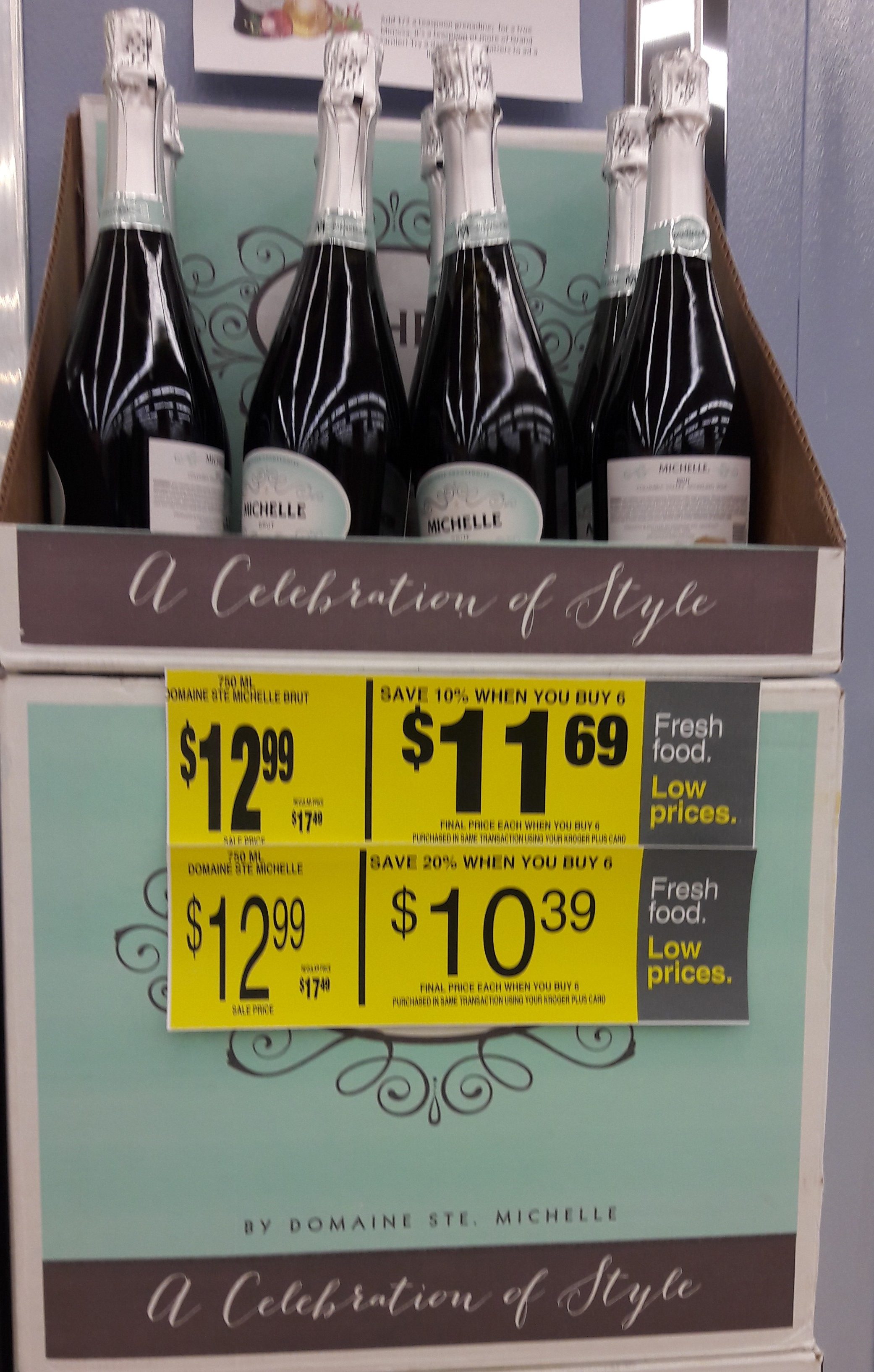 Why raise prices? It’s easier to confuse us into buying more expensive wine.

Wine prices in 2017 aren’t going anywhere. How is that possible in this era of higher-priced wine?

Wine prices in 2017 aren’t going anywhere, and could even drop. How’s that for a bold prediction in this era of higher-priced wine?

How is this possible? Four reasons:

First, U.S. wine prices are tied to the California grape harvest. As long as there are enough grapes, it’s difficult for anyone to raise prices because there is so much wine. And there have been enough grapes for years, including the infamous Time magazine “Panic! Wine prices due to rise” harvest in 2011. Even smaller harvests are still gigantic in historical terms – the drought-reduced 2015 harvest saw grape prices fall more than 10 percent statewide.

Second, the weak euro, which has dropped almost 20 percent in the past year, will put a damper an price increases. Importers are passing along the savings from the euro’s decline, something that didn’t seem likely at this time last year.

Third, U.S. wine demand is flat as the 40-year wine boom comes to an end. Reduced demand also means it will be difficult to raise prices.

Fourth, increased competition, as the biggest retailers – Costco, Total Wine, and the grocery stores – exert more pressure than ever on prices. As one consultant told me two years ago – and which is even more relevant today: “Terms like ‘synergy’ and ‘economies of scale’ in wholesale and retail are sometimes code words for ‘beating the crap out of your suppliers.’ ”

So how will retailers and producers sell us more expensive wine, since premiumization is here to stay? First, festival pricing – in which there is not one price for a wine, but three, four, five, or even six – is also here to stay. The picture with this post, taken at a Dallas Kroger, shows how retailers will be able to raise prices without actually raising prices. Can anyone look at that picture and know what the wine price really is?

Also, wineries big and not so big, will focus on knockoffs of more well-known national brands, and retailers will continue to add private label and store label brands. These wines, costing between $12 and $18, will be made to take advantage of what’s trendy, the grapes that are available, and grape prices. Hence, some of them will exist for only one or two vintages. The goal will be to trade us up, selling us more expensive wine without raising prices.

So expect to see lots of pinot noir that doesn’t take like pinot noir; lots and lots of red blends, much of it sweet (even if the label doesn’t say so); and copycat wines – oaky chardonnay that resembles Rombauer, for instance, or high-octane zinfandels to trade on the success of similar wines from Lodi.

Finally, how could wine prices drop? What happens if the 2016 harvest, currently expected to be bigger than 2015, turns out to be a lot bigger? And what happens if the drought doesn’t shorten the 2017 crop and it returns to record proportions? Combine those possibilities with a glut of cheap imports and fewer Americans drinking less wine, and wine prices could decline substantially. There’s no guarantee this will happen, and the panic meisters are already talking about grape shortages, but lower prices remain a possibility.