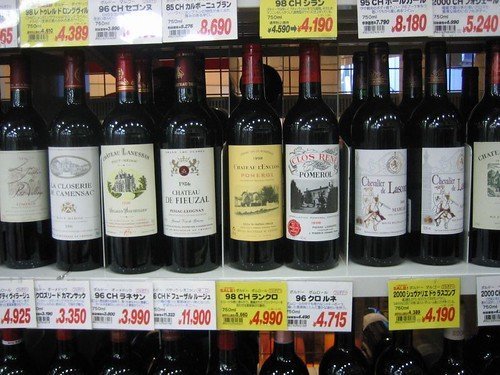 • The Wine Curmudgeon Wine Sample Index and the wine slowdown

Wine premiumization: Prices keep going up, quality keeps going down, and fewer people are drinking wine. Am I the only one who thinks that’s not a coincidence?

This is how deeply premiumization has upended the wine business: A reader emailed me to say I shouldn’t use the prices I paid for wine in my reviews. Instead, I should use the prices on an industry website, which are typically more than what I pay.

What twisted wine universe do we now live in? Is premiumization so deeply ingrained in the system that cheap wine should not exist, even if it actually does?

Premiumization is the idea that consumers are trading up, that we’re willing to pay more money for a better quality bottle. In theory, this makes perfect sense. Of course I will pay $15 for wine if I know it’s going to be appreciably better than a $10 bottle.

But theory, to paraphrase the economist John Maynard Keynes, is for dead people. The wine business, in its dedication to short-term profit at the expense of long-term growth, is selling us more expensive wine that isn’t appreciably better. It just costs more money, and we’re supposed to accept that as the natural order of things.

I got a sample of an Italian white wine this summer, which came in a flowery bottle with an even more flowery name. My tasting note? “Very nicely done $10 blend (chardonnay, pinot bianco) with a little lemon, minerality, and crispness. For some reason, the suggested retail price is $20, making it one of the most overpriced wines I have ever tasted.”

It’s not just me

A friend of mine, who has been selling quality wine at Dallas’ best retailer for more than 30 years, told me he no longer understands how wine is priced. He cited two examples: Spanish albarino, once $10 and $12 and delicious, is now $18 and $20 and not very albarino-like, while French picpoul, “which should cost $8, costs $16.” These are wines that people in Spain and France drink daily; in the U.S., they’re priced for special occasions.

Or, as a review of a $24 wine on Wine Industry Insight put it recently: “Thin, acidic, and lacking fruit.” How far has wine fallen when $24, which used to be enough to buy something fabulous, now only pays for thin and acidic?

I write all of this in the shadow of the end of the wine boom: Flat sales, more young people who see wine as something for their parents and grandparents, and experts who say drinking will kill us as surely as cigarettes. It’s what Rob McMillan of Silicon Valley Bank calls the new normal – that wine consumption won’t return to what the industry wants. Instead, he writes, “don’t be surprised if young consumers drink less alcohol tomorrow, and those who do drink continue to embrace craft spirits and beer instead of wine.”

Given all of this, shouldn’t it be time for the industry to put an end to the premiumization that gives us $8 worth of wine for $15? If wine is in a fight for its future, shouldn’t it focus on selling well-made and affordable products in response to the competition from craft beer and spirits?

But I long ago stopped expecting that sort of wisdom from wine. In this, I thought I saw the end to wine premiumization several times over the past couple of years, and I’m not the only one who did. But just when you think it has run its course and this foolishness can’t go on forever, it does a Freddy Kreuger. How else to explain when the man who runs Jackson Family Wines wants the federal government to eliminate his competition with a tariff wall?

All of which leads me to wonder how far we are from something that wine economist Mike Veseth has predicted for several years: That wine will become like opera, which was once mass entertainment but is now reserved for a wealthy elite.

That’s a new normal that won’t make anyone happy.