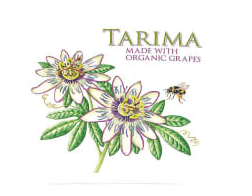 The Volver Tarima is not traditional Spanish red wine, but it is a value

Spanish wine producers, save for some notable exceptions like the reds from Ribero del Duero, have resisted the impulse to Parkerize their wines. Most are still lower in alcohol, restrained in fruit, and taste like Spanish wine has traditionally tasted.

The Volver Tarima 2018 ($11, purchased, 14.5%), a red wine made with monastrell, inhabits the mid-ground between the too ripe, cocktail-like Parker wines and a 12.5 percent Rioja. In this, it’s a pleasant surprise for those of us who want something different, but not something so different that it doesn’t taste like wine.

Yes, the wine is a bit hot, so that the alcohol shows on the back. Having said that, it’s very well-made and surprisingly balanced. There is lots of black fruit (blackberry, black cherry?), but it isn’t too ripe. There’s a little spice, and the tannins are under control – not always easy to do with monastrell. It’s mostly used as a blending grape (known in France as mourvedre).

This is a food wine – braises and stews as the weather gets colder.