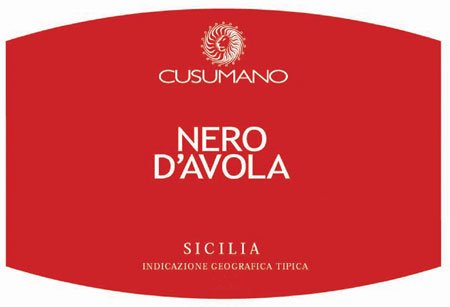 Two years ago, I wrote: “One day, perhaps, Sicily will take its place as one of the world ?s great wine regions…” and then listed all the horrible things that would happen when it did. Which is mostly what has happened, and the Cusumano Nero d’Avola 2012 ($10, purchased, 14%) demonstrates just that.


Six years ago, when I first tasted Cusumano, few people who weren’t the Italian Wine Guy knew about Sicilian wine. Today, it’s all over the wine magazines, the best Sicilian wines from the Mt. Etna region cost as much as $100, and there is even Sicilian wine made to taste like grocery store merlot.


The Cusumano Nero d’Avola, a red wine made with the nero d’avola grape, has gone down a similar path, from a wine rarely tasted in the U.S. to one imported by one of the most successful American wine marketers. Along the way, the price went up, the wine lost something that made it what it was, and I took it out of the $10 Hall of Fame. I’m not the Wine Curmudgeon for nothing.

But I’ve made my peace with these changes, and two recent tastings, this red and the white Insolia, have restored my faith in the brand. This version of the Cusumano Nero d’Avola isn’t as dark and plummy as previous vintages, but it isn’t as fruity as it was when I tasted it a year ago, either. Bottle age helped restore the balance between the red fruit and its Sicilian earthiness, and I enjoyed the wine. It’s red sauce, pizza with cheese and sausage, and maybe even chicken cacciatore.


It probably won’t return to the Hall of Fame when the 2013 vintage arrives this year, given the price increase, but I’ll buy it and no doubt enjoy it. And that will be enough.