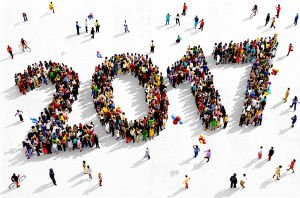 The Wine Curmudgeon’s most popular posts 2017

How people find the blog and what they read here has changed significantly over the past 12 months, and that change is mind boggling.

For the first five or six years of the blog’s existence, I wrote posts and people read them because I wrote them. They mostly knew who I was, and came to the blog for that reason. It’s a newspaper mindset – you read the newspaper to find the news, and you read the Wine Curmudgeon to find quality cheap wine and a more than occasional rant.

Not any more. This is a change that started – though I didn’t really notice – a couple of years ago. Today, a much, much younger audience (and more on that tomorrow) searches the Internet for information about wine. They don’t know who I am or what I do; rather, their search terms are source neutral. They arrive here not because I’m a brilliant writer or a cheap wine genius, but because I’m almost the only person in the cyber-ether who writes about what they’re searching for. So Google – my arch-enemy – sends them to the blog.

Case in point: For the first time in blog history, the $10 Hall of Fame was not among the top 10 best read posts. The 2017 version was 18th, accounting for less than one percent of the blog’s visitors. This is inconceivable; the Hall of Fame is my reason for being, and almost everything I do revolves around it. But the vast majority of people who visited the blog between November 2016 and November 2017 didn’t know that. So they didn’t read it.

Instead, they read about what they were searching for – it’s still cheap wine, but nothing I ever imagined. And a lot of people did, for traffic was up substantially (78 percent if I can believe the Clicky analytics).

The most popular posts from 2017, plus several other notes, are after the jump:

1. Barefoot wines (again): Value or just cheap? Who knew that Barefoot, with four posts in the top 12, would become the blog’s mainstay? Or that this seven-year-old post would be the best read for the third year in a row?

2. The La Moneda best wine in the world post, which refuses to die. Most of my wine colleagues ignored this. Since they didn’t, I got the traffic.

3. The five day, $3 wine challenge. Fifth last year, which means I will need to write a more current post. Which I don’t want to do, since these wines are mostly terrible.

4. The residual sugar post, eighth last year. And why shouldn’t it be popular, given the success of sweet red blends?

5. The end of the wine business as we know it, third last year. My 2015 year-end essay about a wine world where big producers, big retailers, and big distributors control almost all of what we drink remains popular for a reason. Because it’s coming true.

6. The sweet red wine review post, ninth last year. I need to update this, since it’s five years old. And who else writes about sweet red blends?

8. The Barefoot 2015 wine review, and the 2017 review was 12th. This reflects the blog’s much younger demographics, since Barefoot stopped being the wine of choice for old ladies with cats years ago.

9. Blue Apron wine: Disappointing and depressing, 10th last year. This is serious wine journalism, the kind I wish more of my colleagues appreciated. Wine drinkers want to know this stuff, so why don’t we give them more of it? Because scores are so much easier.

• A Cupcake review was 16th, which was yet another surprisingly weak performance. Has Cupcake come and gone as a brand?

• Many of the blog’s traditional mainstays, like the $10 wine category, attracted minuscule numbers – less than 1 percent. Hardly anyone read last year’s best cheap wine poll. But if you come here to read about Barefoot or sweet reds, it makes sense – sadly – that you won’t click anything else.

• The Aldi post, about two wines the discount grocery store chain doesn’t carry anymore, was 13th. Maybe there are worse things than having Google identify the blog with cheap wine.

• Good news for rose, after all those years of none at all. The 2015 Charles and Charles review was 11th, the best pink wine has ever done.