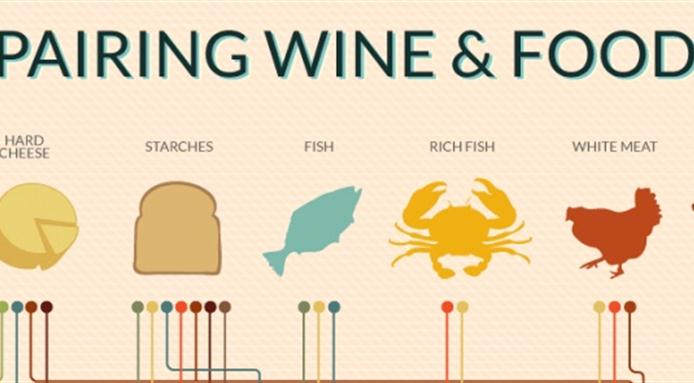 Charts? We don’t need no stinking charts for wine and food pairings.

Wine drinkers can get so hung up on wine and food pairings that it’s almost paralytic, so that we drink water or iced tea instead of figuring out which wine to pair with which food. Which, of course, defeats the purpose of enjoying wine.

Because wine and food pairings shouldn’t be that difficult. Wine is about making dinner enjoyable, not taking an exam to become a master of wine. Hence, these recent wine and food pairings, as the Wine Curmudgeon “roasted” a chicken in a slow cooker (it was close to 100 in Dallas, and too hot to turn on the oven), and how I paired $10 wine with five dinners made with the chicken. More, after the jump:

• Slow cooker roast chicken: This is closer to the French poule a pot, complete with vegetables (I did carrots and cabbage) cooked with the chicken and served over egg noodles. Plus, a couple of cups of chicken stock appear almost magically at the end of cooking, which is poured over all (so you really don’t miss roasted chicken’s crisp skin). I drank two of the world’s greatest cheap wines with this — the Domaine du Tariquet Gascon white blend and the Spanish Zestos garnacha rose, both $10 Hall of Fame labels. It’s the kind of pairing that is so simple and so delicious that anyone can figure it out, no pairing guide needed. Chicken is rich, and the wines were young and fresh.

• Noodle cake: Leftover egg noodles and chopped up carrots and cabbage from the chicken, combined with an egg and cooked in the trusty cast iron skillet. The wine was another Spanish rose, Lopez de Hera, which I bought at an iffy retailer whose inventory made me wonder how long it would be in business. But Spanish rose is better than almost any iffy retailer, and the Lopez de Hera’s bright fruit played off the noodles.

• Chicken chef’s salad: Calling this a chef’s salad dates me, since that’s what restaurants called entree-style salads in the 1970s (when they were served with Kraft French dressing and crackers called Waverly Wafers). This was lettuce, some of the leftover chicken, rice noodles, and whatever salad-style vegetables I had in the refrigerator, served with a vinaigrette I got from one of Patricia Wells’ terrific French cookbooks. The wine was Pine Ridge’s chenin blanc and viognier blend; the 2014 has more steely chenin than last year’s, plus a dollop of white fruit from the viognier — another of the great cheap wines of all time. Not nice to see so many retailers charging $15 for it.


• Chicken enchilada casserole: Live in Texas long enough, and you’ll come across something called King Ranch casserole, which is similar to tuna noodle casserole but made with chicken, corn tortillas, and more cheese than you can imagine. My version used the leftover chicken, corn tortillas, best-quality tomatillo salsa, black beans, and about one-tenth the cheese without making a sauce or using cream of mushroom soup. I drank the Tariquet with it, and the wine’s grapiness matched the spice and the cheese, and I thought about writing another sonnet to the wine.

• Couscous jambalaya: Almost as tasty as the real thing (but no tomatoes, please!) in one-third the time, using the last of the leftover chicken and a piece of smoked sausage I had cooked with the chicken (the Wine Curmudgeon is legendary for planning ahead). Saute onions, peppers, and garlic, and then add the couscous and stir. Add twice as much stock or water as couscous, stir again, add the sausage and chicken, bring to a boil, cover, and then cook on low until the couscous is soft, five to seven minutes. The wine was an Italian made with the muller-thurgau grape, Terre del Fohn, at $15 the most expensive wine. It had white fruit, some black pepper, and a clean finish, so it was spot on with the chicken and sausage.