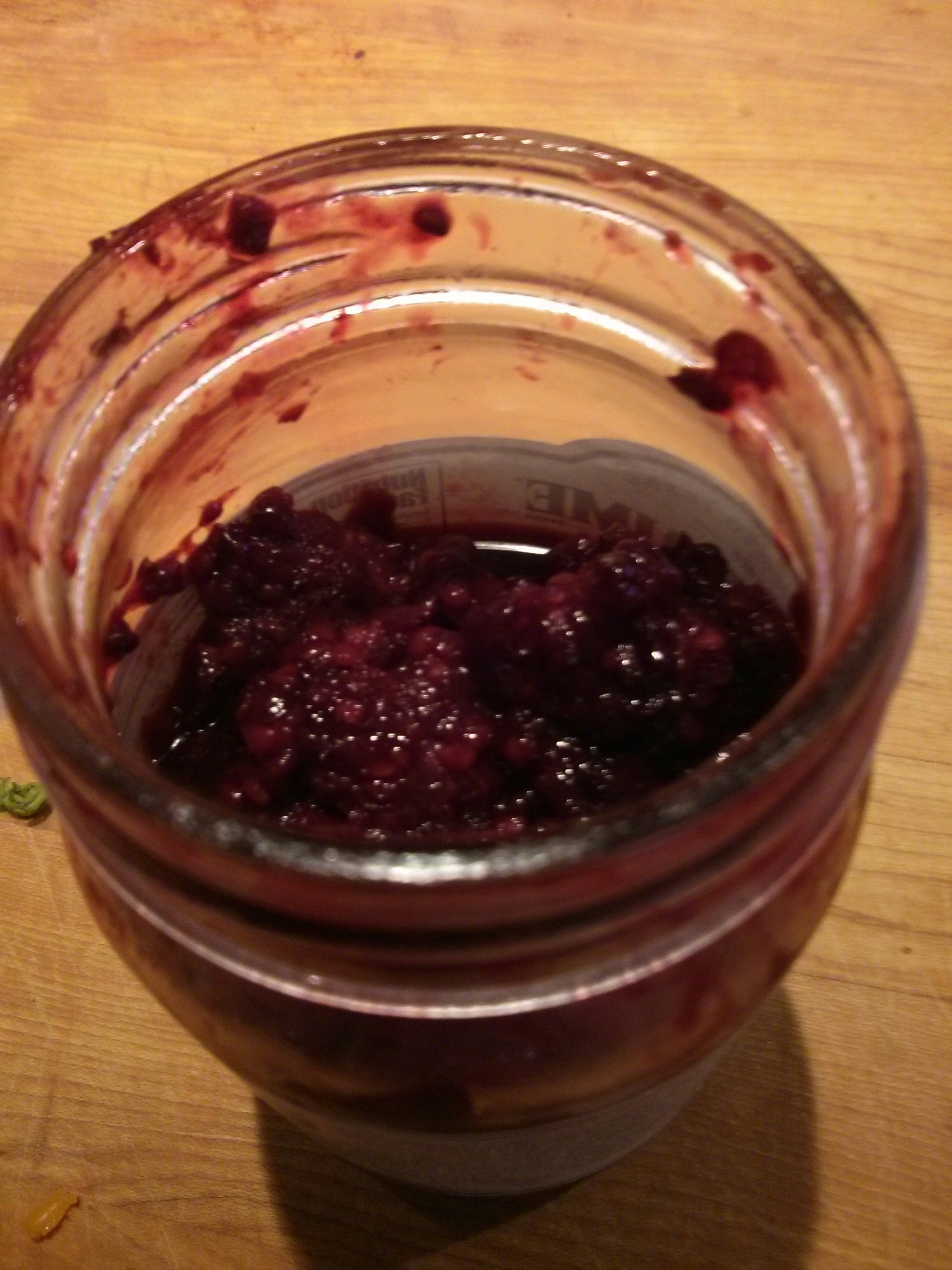 Did picking the blackberries at 10 brix make the jam too jammy?

One of the most common questions I get: “Don’t you want to make wine and be a winemaker?” The answer, of course, is no. Winemaking not only involves more stooping than writing, but the hours are worse and you have to put up with wine writers. Talk about thankless.

But my recent excursion into blackberries, courtesy of Dallas’ record-setting rain this spring, made me realize viticulture is more interesting than I realized.

There has been a blackberry bush in the backyard for seven or eight years, but the eight-year Texas drought, plus the birds and squirrels foraging for food because of the drought, meant that there were never more than a handful of blackberries each spring. So I never had to bother with picking them, let alone worry about what to do to make sure I got quality fruit.

Until this year. When the rain stopped at the end of May, the bush was was not only about one-third bigger than it had been before the rain, but it was loaded with little red berries. Hundreds, in fact — so many berries that the birds and squirrels could never eat all of them. Over the past month, the berries have gotten bigger and turned black, and I’ve picked about 12 cups that have been turned into a pie, jam, and a tart, a picture of which is at the link. All were terrific and all easily surpassed the quality of the mass produced grocery store crap that so many people gush over. Which is not unlike the difference between great cheap wine and the junk on the grocery store Great Wall of Wine.


This is where most people would leave the discussion, but the Wine Curmudgeon, as regular visitors here know, is not most people. For me, it’s always about making something better, whether it’s my writing, the blog, my cooking, or whatever else interests me. How else did I end up running Linux? If we get enough rain next spring, what can I do to get better berries? And that’s where viticulture — growing wine grapes — comes in.

Because blackberries and grapes are both fruit, and have more in common than I thought. You determine ripeness in each with brix, a measurement based on how much sugar is in the fruit. This fact practically made me giddy, since it’s my favorite thing to ask winemakers: “What brix did you pick the grapes at?” It not only makes me sound like I know something, but gives me an idea about the winemaker’s philosophy. Grapes picked at higher brix tend to be more alcoholic and more Parker in style, and we know what I think about that. And there’s a nifty $270 gadget that measures brix that I now want to buy.


Plus, berry quality can be affected by other grape things, including diurnal temperature, the difference between the day’s high and the night’s low, and by pruning the plant to allow the berries to get more sunlight (something that would have helped this year). Berries that were left on too long turned into raisins, just like grapes, and others just sort of molded from not enough sun. It’s a good thing no one saw me jumping up and down in excitement as I pushed between branches to see what was going on. It was not very homeowner or adult like.

Of course, there are different berry varieties, just as grapes have cabernet sauvignon, merlot, and so forth. Mine seems to be either Arapaho or Choctaw, which should be picked at 10 brix. Which means I’ll pick them at 8 next year. Who wants a Parkerized pie?


Still, this does not mean I want to grow grapes, which is more work than picking berries off one backyard bush. Rather, it has helped me better understand viticulture as something more than the abstract concept I had as a city boy. And that should help me be a better wine writer.

Finally, none of this changed my mind about making wine. Pie crusts are difficult enough.

8 thoughts on “Wine and blackberries”