The news is not Amazon’s Wine demise, but the stranglehold the three-tier system has – even on one of the most powerful retailers in the world 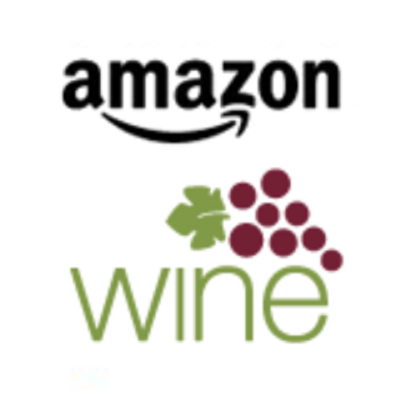 The Amazon Wine website is closing at the end of the year, which has caused any number of eruptions in wine’s portion of the cyber-ether. In truth, though, no one else cared. My grocery store trade e-letters ignored the news, and they usually cover Amazon the way I cover cheap wine.

And the end of Amazon wine won’t make any difference to most wine drinkers, since Amazon Wine never actually sold wine. Instead, it was a platform that re-directed consumers to winery websites, where they bought wine from the winery.

Amazon was nothing more than a middleman, collecting marketing fees from the wineries that were listed on the Amazon Wine website. And it is those marketing fees that are forcing the wine website to close.

Which is the real subject of this post – yet another rant against the three-tier system.

Three-tier law includes something called tied house restrictions. One part of tied house prohibits retailers and restaurants from accepting “something of value” from producers or suppliers. This, theoretically, prevents the latter from bribing the former to sell its products, but can cause any amount of legal tomfoolery in the post-Prohibition world.

Amazon could operate its wine website because it didn’t sell wine and so didn’t need a liquor license. But as soon as it bought Whole Foods, it inherited hundreds of the luxury supermarket’s liquor licenses, and liquor licensees fall under tied house. As W. Blake Gray first reported on Wine-Searcher at the end of September, these tied house laws could cause any numbers of problems for the Internet giant.

Which they apparently have. The marketing fees Amazon was collecting from wineries that are listed on its site could be construed by state liquor cops as “something of value” and Amazon could be forced to list the wineries on its site for free. So rather than fight the system, which it has fought before to no avail, Amazon will close Amazon Wine.

Do not worry if this is confusing. The only people who understand tied house are those who enforce and litigate it, and interpretations vary from state to state. What one state defines as “something of value” may not be in another state. In Texas, there was once a marvelous debate about whether iPads given to a restaurant that bought a certain amount of product it was going to buy anyway violated tied house.

The point is that one of the most powerful retailers in the world, who revolutionized the way we shop, is terrified of an arcane law passed to keep the Mafia out of the liquor business more than 80 years ago. This speaks to the stranglehold three-tier has on the liquor business to the detriment of consumers, who suffer higher prices and fewer choices because of it. And because of three-tier’s constitutional protection and the political clout that its distributor supporters have, there’s little we can do.

Except, of course, appreciate the irony. Note that the world has not come to an end in the United Kingdom, where Amazon sells wine just like it sells books and computers. To hear three-tier’s supporters defend a corrupt and obsolete system, that’s impossible.

9 thoughts on “Will anyone notice that Amazon Wine is gone?”