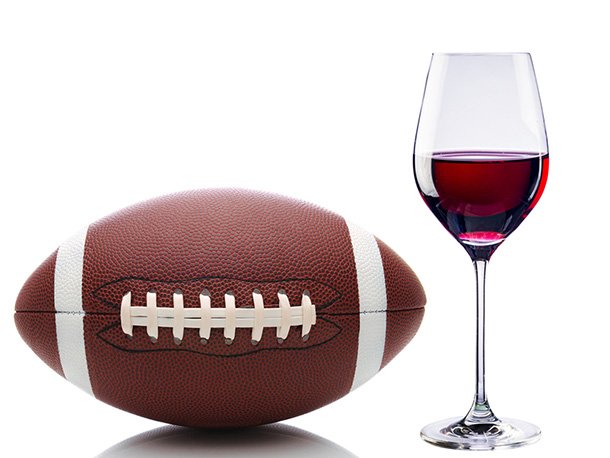 Am I the only one who thinks this pairing looks silly?

The Wine Curmudgeon doesn’t like the Super Bowl. This is not just because I was once a sportswriter and soon tired of sports’ hypocrisy, and especially the NFL’s obsession with money. And more money. And even more money.

Or that, living in Dallas, more people attend Cowboys games than usually vote in mayoral elections. Which always seems to annoy them when I bring it up.

Or that I get pathetic pitches from hard-up marketing and public relations types, desperate to turn the Super Bowl into a wine event. This week, someone wanted me to write about the Sea Hawks, which is an Errol Flynn movie and not a football team. The Super Bowl is a beer event. And a pizza event. But it’s as much about wine as St. Patrick’s Day is, and who ever heard of green-colored wine?

But mostly I don’t like the Super Bowl because no one reads the blog over Super Bowl weekend. I get more visitors on Christmas Day than I do during the Super Bowl, which shocked me the first time it happened and still makes me pause. What this says about the United States in the 21st century is something that I will leave to others more versed in the study of that sort of thing.

So enjoy the Super Bowl, and I’ll see you next week. I will spend Sunday messing around the house — maybe baking some bread, trying to get a few posts ahead on the blog, or working on my notes for my next wine class at El Centro. But I won’t watch the game, which I haven’t done since 1986. And somehow, my life has gone on.