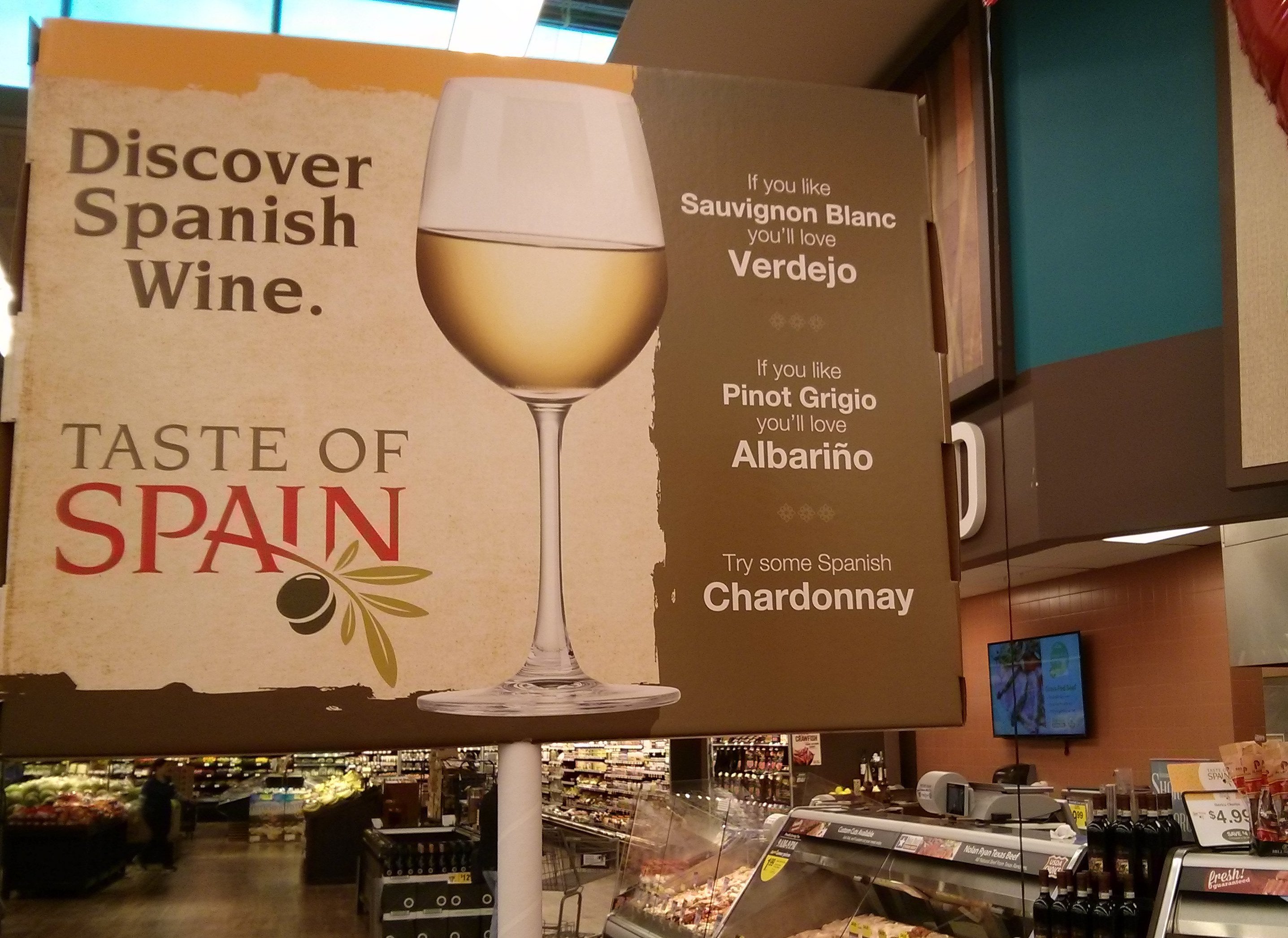 Kroger wants to hire the biggest distributor on the planet, which controls about one-third of the wholesale market, to manage the wine departments in its stores. This is such a terrible idea for consumers that even the federal government — which has mostly abandoned its oversight of all but the most basic parts of the wine business, like labels — said it was probably a terrible idea.

There are many reasons why the Kroger plan is terrible (and you can read about them here and read why Kroger finally dumped the plan here). But the main reason is what you see in the photo with this post, which I took at my local Kroger. Anyone who would use it to promote Spain does not care about wine — or Spain, for that matter. They only care about selling wine, which is hugely different. As such, they don’t care about quality, terroir, or value. They care about selling us wine in the easiest way possible, and if that means the wine is crappy or overpriced or not what we want, so be it. Margin, ring totals, and sales per square foot are what matters to Kroger.

• Verdejo, a Spanish white grape, is sort of like sauvignon blanc — if the sauvignon blanc is soft and lemony. However, many aren’t (like this one and this one) and if I buy a verdejo expecting tropical fruit or minerality, I’ll spit it out and never drink verdejo again. But we’re just Americans who buy wine at the grocery store; what do we know?

• Albarino is not like pinot grigio at all. In any way. That this sign would compare them attests to how little the wine part of the promotion has to do with reality, unless the reality is selling wine.

I’m lucky in Dallas, where there are two top-flight independent retailers and two chains that are pretty good. So I don’t have to buy wine at the grocery store, as so many of you do, and as so many more will as supermarkets soon sell the majority of the wine we buy.  I don’t expect Kroger to care as much as an independent retailer, but it would be nice if the chain pretended it cared. That Kroger and its ilk won’t even do that much, that they will treat wine as if it was laundry detergent — and which is the key to the terrible distributor management proposal — shows how difficult it might soon be to buy quality wine at the grocery store. This Spanish nonsense, sadly, might be a sign of even more terrible things to come.