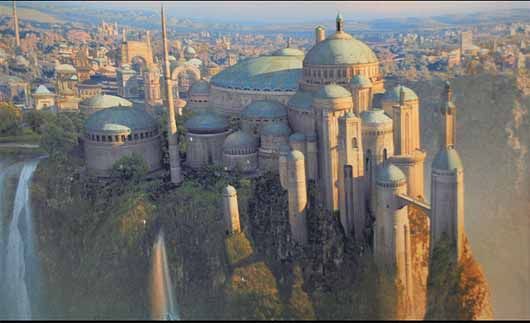 Look closely, and you can see the gentian and the buddleia.

Last week’s post about silly wine descriptions, courtesy of John Tilson at the Underground Wine Letter, elicited any number of comments – some of which I can actually reproduce here.

Apparently, I’m not the only one who thought it was a bit excessive. My email offered a variety of interpretations, and I followed those up with several other possible explanations:

• Because I’m a Star Trek fan: Wasn’t saline clam broth savor something like gagh, one of the Klingon dishes that Riker enjoyed in The Next Generation episode, “A Matter of Honor”?

• Or perhaps it was this diner’s favorite nibble in Monty Python’s Meaning of Life?

• Women’s makeup similar to the $1,115 Guerlain Black Orchid, only made with moss, wet stone, coriander, pepper, and piquant yet rich nut oils, instead of the “sensoriality and efficacy” that is the “strength and power of the Black Orchid?”

• The texturally silken and kaleidoscopically weed-infused of plot of 1993’s “Dazed and Confused?”

• And, from the Italian Wine Guy, whose education was obviously much more classical: “ In Xanadu did Kubla Khan/ a stately pleasure dome decree:/ Where Alph, the sacred river, ran/ Through caverns measureless to man/ Down to a sunless sea of gentian, buddleia and moss. …”

3 thoughts on “Why didn’t you say so? What those silly wine descriptions really mean”