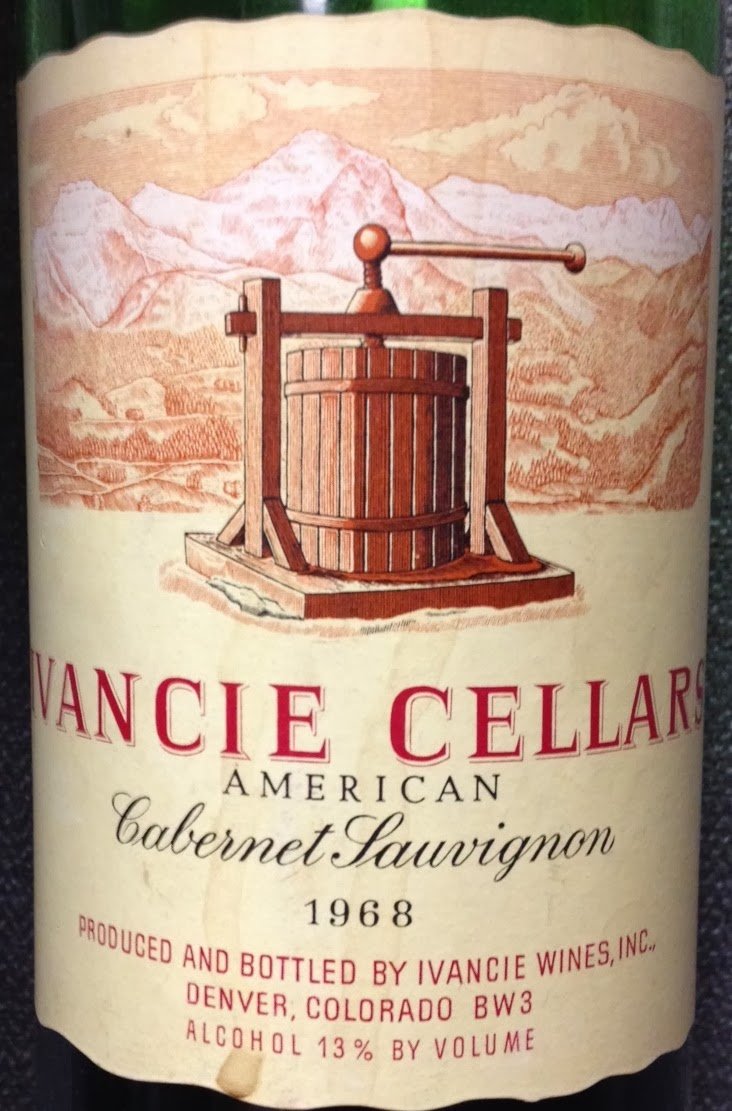 Yes, Warren Winiarski made wine in Colorado, and here is the label to prove it.

How incredible would it have been to talk writing with Ernest Hemingway? Or, for a painter, discuss technique with Michelangelo? Or, for a baseball player, pitching with Sandy Koufax?

I had a similar experience in Colorado this spring, when I spent a couple of days talking and judging wine with Warren Winiarski, one of the handful of people who helped transform the California wine business from its regional roots. In the late 1960s and early 1970s, California was not all that much different from what Virginia or Texas is today. Along the way, he produced the winning red at the 1976 Judgment of Paris, where California wine bested the French in a blind tasting that changed the way the world saw California wine.

That visit is the subject of a story I wrote for the on-line wine magazine Palate Press. Among the highlights:

? Winiarski made wine in Colorado for Ivancie Cellars in the late 1960s, shortly before starting Stag’s Leap Wine Cellars. Ivancie, founded to bring the idea of wine to the middle of the country, was 40 years ahead of its time. Says Winiarski — and echoing how many regional winemakers over the years?: “We underestimated how difficult making wine in Colorado was going to be. The wine was good, but the idea just never caught fire. ?

? The winemakers who attended a seminar with Winiarski (and where I was lucky enough to sit on the panel with him) were almost wide-eyed listening to him dissect their wines. Most importantly, he was polite, enthusiastic, and constructive in his comments, something that doesn’t happen enough often in a business that can get very snarky (and especially when the subject is regional wine).