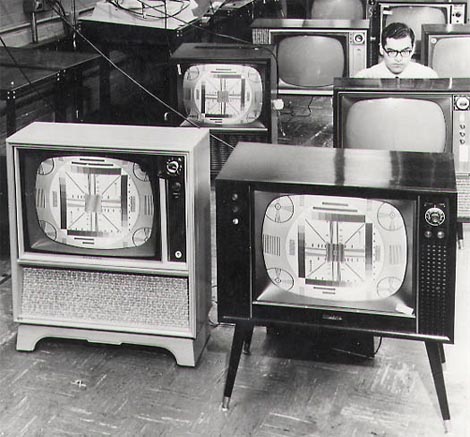 Ken Ross, at The Republican newspaper in Springfield, Mass., has a fine critical eye for TV wine commercials:

In commercial after commercial, for years and years, television ads created an elitist aura around wine that simply won’t go away. You need to live in a castle or wear a cravat to drink wine. You need to enunciate your words slowly and listen to Beethoven. You need to drive a Rolls Royce or have long, flowing blond hair that moves in slow motion.

Which is something that has been noted here several times. Wine ads on TV are decidedly unoriginal, especially when compared to commercials for beer and spirits. The orginal Miller Lite ads were groundbreaking, and even the recent Captain Morgan rum ads are interesting, if a tad silly.

But not wine. As Ross writes, “Watch a few wine commercials and you’ll start to notice a striking similarity from one bland ad to the next, especially during the ’70s and ’80s.” The reason? The wine business has spent the past 40 years using intimidation to market its product, bludgeoning us with Ross’ cravats. Wine isn’t fun like beer or rum, and you’d better not buy it for that reason. Or we’ll make fun of you.

Ross thinks the situation has improved, and links to 11 ads that he says demonstrate the change. One of them, for a brand that apparently isn’t made any more, is a nifty take-off on the old Grey Poupon mustard ad, and another, for an English wine retailer, captures exactly how terrified most consumers are when they browse a wine shop.

But that those two aren’t strictly wine commercials, and that four others on the list aren’t either, speaks to how pitiful most wine commercials remain. One reason for that, I think, is that the best wine marketers, companies like E&J Gallo and The Wine Group, which makes Cupcake, don’t do TV ads. If they did, they might reach Miller Lite heights (and a YouTube video for Gallo’s Barefoot line, promoting its non-profit Soles program, hints at that).

Or, with a little luck, they could scale the summit of the greatest wine commercial of all, Orson Welles for Paul Masson in the 1970s (courtesy of DarianGlover on YouTube):

5 thoughts on “TV wine commercials and their legacy”