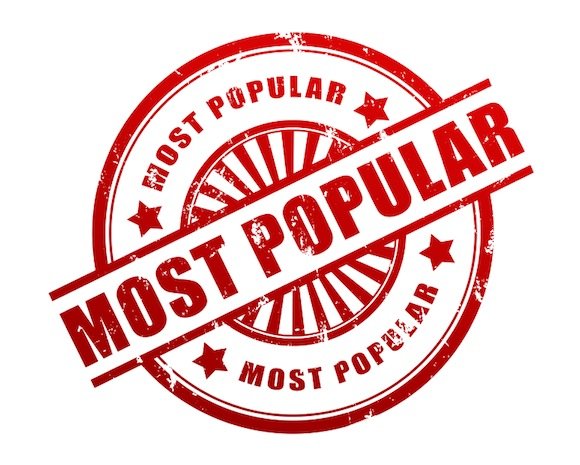 The most popular posts from the past 12 months are almost completely different from what they’ve always been. Stories that been top-ranked every year that they’ve been on the blog, like The six things you probably don’t know about wine and $10 pinot noirs, aren’t any more.

Chalk these changes up to the new website, which debuted last fall; Google’s ever-demanding search algorithms and how they penalize sites like this one (and more on that Thursday); and who knows what else. In some ways, I’m no closer to figuring out the Internet and how people get to the site than I was when I started seven years ago (though the fine fellows at Reap Marketing have done their best to help me, as has Cindy Causey at the Dallas Media Center).

4. The review of the departed and much missed Vina Decana tempranillo from Aldi. This is the best ranking for a first-year wine review in the blog’s history.

5. Big Wine tightened its grip on the U.S. market in 2013, with the top 30 brands accounting for 90 percent of all wine sold in the U.S. Yes, we do want to know who makes the wine that most of us drink, regardless of what the wine business wants us to know.

6. The wine reviews category. The new website, with easier navigation, is the reason for this. It’s the first time a category has been ranked in the top 10.

8. The wine of the week category. Why didn’t I think of easier navigation seven years ago?

10. Who has the best job in wine? This post’s popularity is an example of the mix I try to bring to the blog. It’s part media criticism, part education, and part humor. That it was so well read makes me think there’s a point to doing this.

A few other highlights:

? The best ranked regional wine post, at No. 15, was my take on Texas wine after judging this year’s Lone Star International competition. It included perhaps the nastiest comment I’ve gotten in seven years.

? How much should an everyday wine cost?, complete with poll, ranked a disappointing 19th. When I wrote this, I figured this was a top 10 post, but I guess I was preaching to the choir. The best cheap wine brand poll was 47th, also disappointing.

? Rose and sparkling still aren’t faring well; the highest rose post was 57th and the best sparkling was 95th, which is about what they always do. But I will not give up, no matter how much these numbers tell me that you want me to.

? The worst-ranked post, with one visitor, was a 2008 effort about zinfandel.

2 thoughts on “The Wine Curmudgeon’s most popular posts 2014”