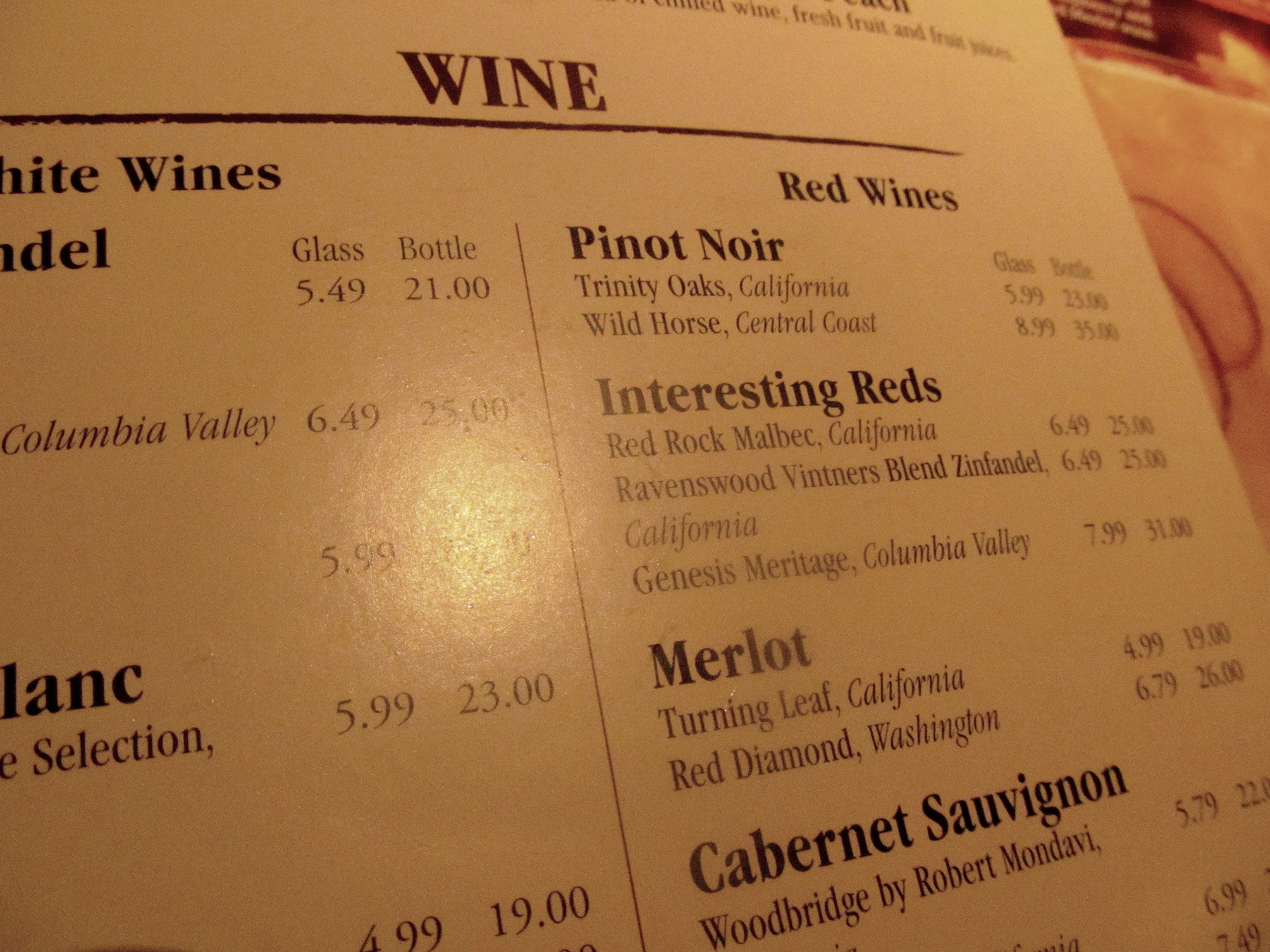 Or, to phrase it more accurately, why the most popular restaurant wines aren’t wines that most of us drink. Which is not surprising, given the way too many restaurants treat wine drinkers.


The tipoff, of course, is price: Only one of the top 10 wines in the annual Wine & Spirits poll retails for less than $20, so by the time you add restaurant markup, we’ve passed that all-important $20 threshold. That’s the price that 95 percent of Americans who buy wine won’t cross. The average price for the top wines are ridiculous: $103.50 a bottle, up more than 20 percent from last year, and almost $13 a glass. That means one bottle is almost enough double the price of dinner for two at a nice restaurant, and who wants to do that?


Is it any wonder, then, that restaurant wine sales have not returned to pre-recession levels, and that one restaurant executive has criticized what he called restaurant complacency, adding “We see early warning signs for wine in the restaurant business. We may say, ?wine is best with food, ? but that isn ?t what our customers are telling us.”

Which is what the Wine Curmudgeon has been saying for years; that someone in the restaurant business agrees with me is welcome news. But does it matter, or is that complacency too much to overcome? I’d argue for complacency, based on the poll results. Eight of the 10 best-selling wines are the same as they were 10 years ago, which is hardly different or unique. And, to add insult to injury, the best-selling sparkling is Veuve Clicquot, about as hip and with it as I am.

Also depressing: Sommeliers, both here and elsewhere, keep insisting that they’re trying to make restaurant wine lists more interesting, but that doesn’t come across in the survey. Gruet, the sparkling wine from New Mexico but which is now made with California grapes, hasn’t been interesting for years. But it’s the third best-selling bubbly by the glass, as if the cava and Prosecco revolutions had never happened.

In this, restaurant wine is the trendsetter in just one thing: That wine is becoming increasingly splintered, with the focus on selling to the elite and leaving the rest of us to fend for ourselves.


7 thoughts on “The most popular restaurant wines”