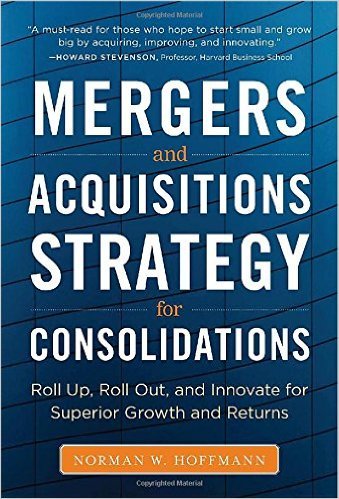 The one consistency about the wine business, as we celebrate the blog’s eighth birthday, is that the big get bigger, and that there isn’t any room for the small. Or, as a distributor friend of mine put it the other day, “It’s all about consolidating or dying in this world of global megacorps.”

Gone are dozens of companies that made wine that I enjoyed — producers that were bought or folded or absorbed by other companies, many of which are also gone. Remember Hogue, which made a quality $10 sauvignon blanc in the 1990s? It was purchased by the Canadian Vincor, which was soon gobbled up by Constellation. That entire process, three complicated financial transactions worth tens of millions of dollars, took place in just five years.

The difference these days is that the big are bigger than ever, and today’s small companies used to be considered big. The 10 biggest wineries in the U.S. account for about 71 percent of all the wine sold, based on figures from 2014 from Wine Business Monthly, and this amalgamation is happening on the distributor side, too, with the 10 biggest wholesalers controlling two-thirds of the market.

Throw in consolidation among retailers, and Big Wine will soon be selling to Big Retail through Big Distributor, and a handful of companies will control what we drink — the prices, the quality, even what it’s supposed to taste like. It will be the end of the wine business as we know it.

In this, there will be two markets for wine, what economists call bifurcation (and which is happening elsewhere in the U.S. economy). In the first, called the mass market, Big Wine will make as many as four out of every five bottles sold in the U.S — competent though often overpriced grocery store plonk with little varietal character and designed to appeal to specific demographics, the way laundry detergent and yogurt are. In other words, “smooth” wine.

In the second, called the luxury market, what’s left of the traditional wine business, both producer and distributor, will sell wine costing more than $20 to people who can afford to buy it, and whose spending will keep the dwindling number of traditional retailers and small distributors in business.


The idea that wine quality has anything to do with price will be as quaint as getting a letter in the mail. Instead, we’ll buy wine because the name speaks to our lifestyle or the label pops or any of the hundreds of other marketing techniques that Big Wine uses. And why not, since merlot will taste like zinfandel which will taste like pinot noir. For $15 at the grocery store, we’ll get fruity red wine with soft tannins and chocolately oak, and the Winestream Media will give these wines 88 points and gush at the value. The wine on the luxury side may remain varietally driven; what’s the point of paying $300 for white Burgundy that tastes like vanilla extract? But since it will be too expensive for all but a few of us, we’ll never know.

Sound too depressing to be true? Just another Wine Curmudgeon rant? Maybe, but there’s evidence it’s already happening in Great Britain: “A two-class wine market is emerging in the UK as some wine drinkers splash out and others are increasingly drawn to hard discounters,” and where the amount of wine sold is decreasing, but its value is increasing. Which, not coincidentally, almost happened in the U.S. this year.


I’ve spent a lot of time over the past year trying to decide whether to keep writing the blog, given the way things are going. I’ve always been an anachronism, a wine writer who writes about wine for people who don’t know much about it, but these changes threaten to make me as useless as a typewriter. What’s the point of writing about quality cheap wine when there may not be any?

But I’m also stubborn. If all this happens, someone has to remind the wine business that they’re turning what we love into an alcoholic version of soft drinks, and that some of us want more than Mr. Pibb and Dr Pepper. So I’ll hold on for as long as I can, keyboard in hand, rants at the ready, my Gascon whites and my Sicilian reds and my crisp roses nearby, and I’ll keep repeating: “Do not go gentle into that good night. … Rage, rage against the dying of the light.”

34 thoughts on “The end of the wine business as we know it?”