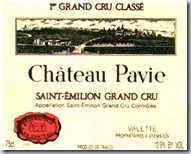 Dan Peabody, who works for Dallas’ Spirivin Group, pulled the wine out of his carrying case. It was inside a paper bag, so I couldn’t see what it was. He poured a taste.

I smelled. I sipped. I swallowed. John Bookwalter, the winemaker for Washington state’s Bookwalter Winery, looked at me. “What do you think?”

Peabody, Bookwalter and I were at lunch to taste three new Bookwalter releases (which I’ll write about later). But we were also tasting a fourth wine, which the two of them had brought to challenge my palate and tease me a little. I would taste the wine blind and see if I could identify it.

I failed miserably, which was the point.

The wine, which they told me was a a red blend, had jammy dark fruit, especially in the front. The tannins were fresh and if the acid wasn’t up to Napa Valley standards, it was acidic enough. “New World,” I said confidently, referring to wine made everywhere but Europe. I had a hunch it was from California, but not Napa or Sonoma. Bookwalter shook his head no.

I tasted again. “Italy?” and I said it much less confidently. Bookwalter shook his head no again. “Good guess, though. Do you want me to tell you?”

I shook my head no. “Smell it again,” he said. “That should help.” I did, but it didn’t do much. I knew, by process of elimination, that this was a French wine. But it wasn’t Burgundy, and it was much too fruity for Bordeaux. “A syrah from the Rhone?”

Bookwalter shook his head no again. Peabody, a great guy who puts up with what he calls the Wine Curmudgeon’s unique perspective, had a big smile. “It’s Bordeaux,” said Bookwalter, showing me the bottle. “Don’t feel badly,” he said. “This is a wine that fools almost everyone.

It was, in fact, 2003 Chateau Pavie, a merlot-based blend that is one of the most controversial wines in France. It tastes nothing like red Bordeaux, which is traditionally earthy, balanced and elegant. Bordeaux has fruit, but it’s not the wine’s reason for being. This is in contrast to New World wines, which are richer, riper, and more concentrated.

Pavie tastes much more like the latter than the former. It’s even high in alcohol, an un-Bordeaux-like 14 percent. (Bookwalter and I marveled later how a Bordelaise winemaker could get that much alcohol in his or her wine, given how much cooler Bordeaux is than California.)

This makes Pavie the subject of one of the wine world’s most intense cage matches. Robert Parker, the most important person in the wine business, says Pavie “is a wine of sublime richness, minerality, delineation and nobleness.” This is not surprising, since Parker adores richer, riper and more concentrated wines. He has called those who don’t like Pavie reactionaries.

Jancis Robinson, the English wine critic who has come to represent all those who are not Parker, says Pavie is “completely unappetizing. … a ridiculous wine.” And she has even less kind words for Parker: “Am I not allowed to have my own opinion? Only so long as it agrees with Monsieur Parker’s, it would seem.”

Interestingly, they agree on what the wine tastes like. What they don’t agree on is what Bordeaux should taste like. In this, from my tasting of the 2003, I’m with Robinson. The Pavie was well made, using quality fruit. But it didn’t taste like Bordeaux. If anything, it was almost Paso Robles-like (a newish wine region in California where the wine is very Parkerish). Frankly, Bordeaux is better than that. And if I’m a reactionary because I want Bordeaux wine to taste like Bordeaux wine, then so be it. For what it’s worth, I also want Paso Robles wine to taste like Paso Robles, and not Bordeaux.

(And none of this takes into account whether the Pavie, at $200 or so, is overpriced. We know how the Wine Curmudgeon feels about that, regardless of anything else.)

One final note: We let Mark Maguire, who co-owns the restaurant where we had lunch, taste the wine. He didn’t think it was Bordeaux, either. I felt a little better.