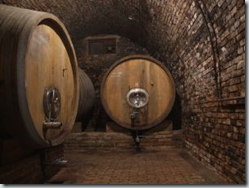 This is the first of a three-part question and answer series about wine basics. The second part will run June 6 and the third part on June 13.

It's summer. It's warm. You want a glass of wine. But you don't know a chardonnay from a cabernet. What's an aspiring wine drinker to do?

Have no fear. The Wine Curmudgeon is here. In fact, The first question people always ask me about wine is how to get started drinking it. For some reason, Americans are convinced that wine is not something to drink with dinner, but a secret holy society that requires rituals and initiations to understand.

This is silly, and I ?m proof of that. Today, I ?m a wine writer and educator who travels throughout the wine world. But 20 years ago, I was a sportswriter who drank Miller Lite and thought wine was something that only snooty people did. If I can learn about wine, anyone can. My biggest regret is that I didn ?t start sooner. I missed drinking a lot of good wine.

Hence this Q and A, which is enough to get almost anyone ready to look at their glass, take a sip, and sigh.

I hear people talk about certain grapes all the time, like chardonnay and cabernet sauvignon. What exactly are they?
Chardonnay and cabernet are varieties of grapes, part of the species Vitis vinifera (which concludes today ?s Latin lesson). Most wine grapes grown in California, France, Italy, and other wine regions are vinifera, which generally makes the best wine. Wine in the U.S. is also made from native American grapes like the concord and the catawba, and hybrids, which are crosses between native and vinifera grapes.

Is wine from France better than wine from California? How do I know where to buy it from?
Good wine is good wine, no matter where it comes from. Some Missouri wine can make a French or California bottle taste like it was made in a bathtub. Real estate matters for price and style of the wine. A great wine is a combination of the skill of the wine maker and the quality of the grapes.

That sounds pretty esoteric ? the skill of the wine maker and quality of the grapes. What does it mean when I need to take a bottle to my boss ? house for dinner?
That ?s where the price/value ratio comes in. Today, wine fits into four price/value ranges ? $15 or less, $15 to $20, $20 to $30, and really expensive. There are wonderful wines in the first group, some really terrific wines in the second group, a lot of overpriced wines in the third group, and very little wine in the fourth group that most people would drink if they had to pay for it. After all, is a $100 wine four times better than a $25 wine?

It ?s also where real estate matters. Wine from regions with less expensive land ? the south of France and Alsace, Australia, South America or Spain ? is usually a better value.