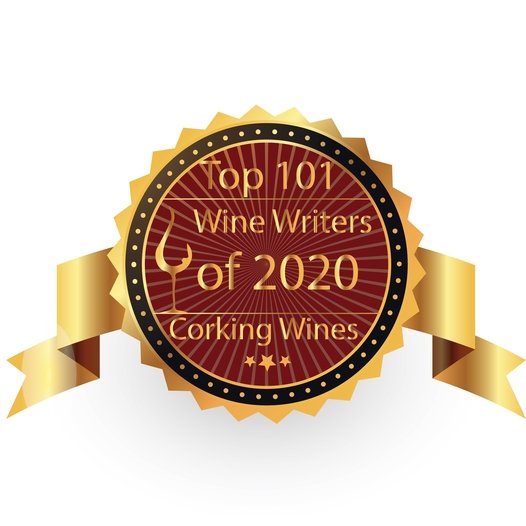 The Wine Curmudgeon blog is ranked 29th among wine sites on the Internet, according to a survey by a British wine retailer. Yes, I know there are many ways to interpret that, and most aren’t printable here.

But given all that has happened to the blog over the past 18 months, including declining visitor counts, less love than ever from our overlords at Google, and the increasing difficulty in finding cheap wine worth drinking, it’s worth mentioning that our cause is still making an impression in the cyber-ether.

Hence, the details about Corking Wines’ Top 101 Wine Writers of 2020. There I am, at No. 29, between Great British Wine and The Wine Stalker, and just two spots behind the Indian Sommelier. But I’m also two spots ahead of The Wine Ninjas, so that’s something.

Jonathan Doubtfire, a marketing executive for Corking Wines, an on-line wine retailer in York, emailed that the rankings are based on “a number of factors. … We started off using a tool that estimates traffic, readership levels, etc. Then the wider team got involved and we reviewed each site on the shortlist, in order to establish the final order on there.”

Using site numbers is typical for these kinds of lists, which usually include various social media metrics (and yes, one has to use the word “metrics” when one writes a sentence like that). Given that I haven’t used social media in almost a decade, I suppose my performance is that much more impressive. And the selectors liked one of my wine tariff posts, which is surprising since it’s not traditional wine writing, but consumer journalism. Which, of course, is about as anti-wine writing as possible.

The sites on the list are most of the usual suspects, though it’s more international than this list (where I am merely No. 44). Also shocking: No Wine Spectator or VinePair, which are usually among the top handful of sites on most lists. But Jancis Robinson (No. 4) and Wine Folly (No. 1) are ranked here, and those are more or less the same kinds of sites as the Spectator and VinePair.

Does this ranking mean anything? Hopefully. Maybe it means there is still an audience for quality cheap wine, despite all of the indications otherwise. Because there are days when I have my doubts.

But if I did this for awards or rankings, I would have quit long ago. I do this because I love wine and want others to know they can enjoy it without deep pockets or wine foolishness. It’s about professionalism and writing for the people who come to the site, and not to impress anyone in the wine business with how smart or wonderful I am. Because how will that help anyone learn to love wine?