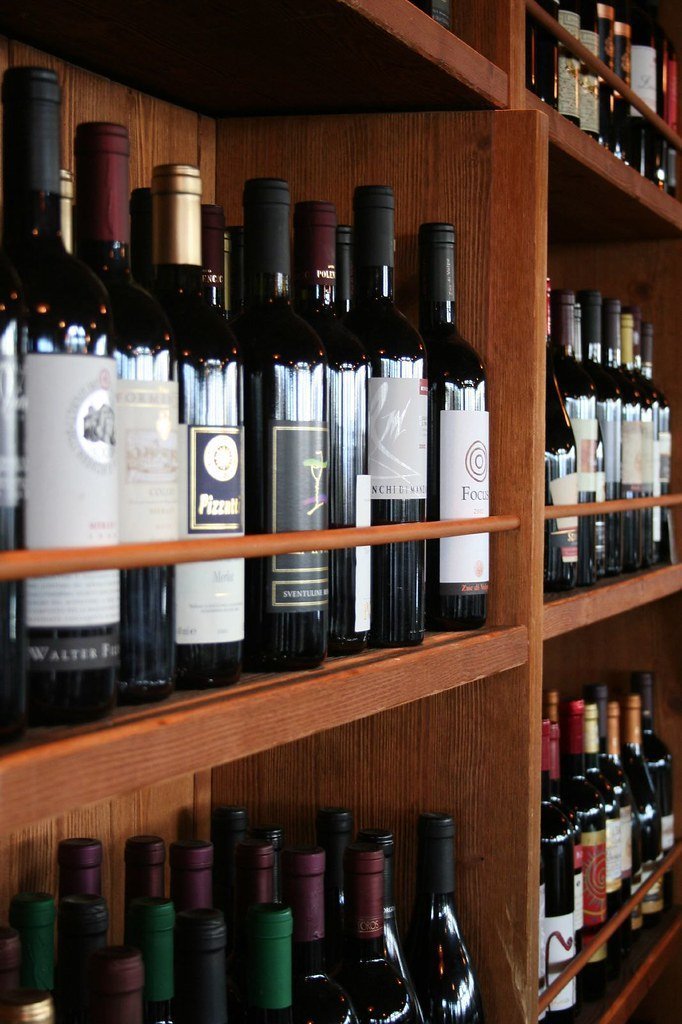 • Lighter bottles: Jason Haas of the Tablas Creek winery in Paso Robles asks a question that has always puzzled me: “So, given that lighter bottles cost less and people seem to like them more, why are there still wineries using the heavy bottles?” The post, discussing the winery’s almost decade long switch to lighter wine bottles, is well worth reading. It offers insight into how wineries make marketing decisions – or don’t, as the case may be. Haas says the lighter bottles, besides the positive environmental impact, have saved the winery untold amounts of money. So what’s the answer to his question? Apparently, heavy bottles still denote quality to retailers and producers, if not to all consumers.

• Wine scam: William Holder, whose wine storage scam bilked wine collectors out of their wine and as much as $1.5 million, will spend 18 months in federal prison. He has also been ordered to make restitution. Holder charged collectors for storing their high-end wine, but then sold some of it to retailers and brokers around the country. Hence, when the customers came to collect their wine, it wasn’t there.

• Even in Sweden: David Morrison at The Wine Gourd writes about Swedish wine: The “main limitation of Swedish wines at the moment is that they are not good value for money” because of “high production costs associated with the small volumes.” We’ve heard that before, haven’t we? Morrison says quality seems to be good among the three dozen or so Swedish producers, despite the price/value problems. This is especially impressive since the Swedes have to grow hybrids that can handle the colder climate, and hybrids are notoriously difficult to turn into quality wine.

Photo: “Don’t forget the wine” by Sergio Maistrello is licensed under CC BY-NC-ND 2.0

• Blind pricing: This blog post by distributor Olivia Schoenwise is aimed at small retailers and how they can compete against their biggest competitors. But it also explains why it’s so difficult to find so much wine, even without the restraints imposed by the three-tier system. The idea, writes Schoenwise, is for small retailers to find wine to stock so they have “a competitive advantage against big retailers; and many are turning to blind price wines” – wine that we can’t price shop on phones or on Winesearcher.com. That’s because these wines are a form of private label. And since they’re only carried by one retailer in one area, the retailer can charge more for it, unburdened by competition. Writes Schoenwise: “[B]lind price brands are where the big profit margins are made.”

• Wine is evil: That’s the theme of a campaign from legal weed, targeting alcohol, says the New York Post. “’ ‘Marijuana,’ blares a billboard in Arizona. ‘Less Toxic! Less Addictive! Less Scary Than Alcohol!’ ” The Wine Curmudgeon has been warning the wine business about this for a couple of years, but with little success. Maybe, now that legal weed is hurting alcohol sales in some legal weed states, says the story, wine will notice. Otherwise, reports the Post, “Hello Marijuana, Goodbye Hangover.”

• Good help is so hard to find: An employee stole $1 million of wine from New York investment tycoon David Solomon, including some of the rarest bottles in the world. The employee was supposed to collect wine shipments at Solomon’s Manhattan apartment and then take them to the banker’s wine cellar in East Hampton. But the wines apparently never got to the Hamptons; instead, the employee sold them to an Internet retailer in North Carolina.

? Back up the truck: I spent a considerable amount of time as a young newspaper reporter writing about crime, and one learned certain truths. One of which was that thieves like simple ? simple to carry off, simple to fence. So how to explain this wine theft, the second in the last six months? This report says hundreds of thousands of dollars worth of wine were taken from a San Francisco area warehouse; the difference between this and the previous heist (love those crime writing terms!) was volume ? this was only seven cases of wine, as opposed to most of a warehouse. Still, how does one fence wine? It ?s not like many pawn shops will take it.

? Tons and tons and tons of grapes: Think California had a bountiful harvest in 2012? Then get ready for the harvest in Australia ?s Riverina, where much of the country ?s cheap wine, including YellowTail, comes from. The harvest was near record, not a good thing when the Aussies are trying to cut production. One local official said that despite the near-record year, one-half of growers had not met the basic costs of production for 2013.

? Who tells you what to drink? Robert Joseph at the Joseph Report offers a spot-on analysis of the sweet wine trend, noting the differences between the way sweet red and moscato are marketed in the U.S. and Europe. ?In the U.S., the wine industry takes the view that making money out of giving consumers what they like is an entirely legitimate thing to do. It’s only fair to point out that the wider acceptance of this attitude goes a long way to explaining the success of supersized burgers and some pretty dreadful movies, not to mention a fairly widespread market for firearms. On the other hand, would it really be such a bad thing if the people who are currently drinking flavourless Pinot Grigio and Merlot had the chance to buy the kinds of grapey Moscato and ?velvety ? red that are giving such satisfaction on the other side of the Atlantic

? Consumers still want $10 wine: Most of the wines that made this year ?s IMPACT ?s Hot Brands list, which identifies the top growing labels in U.S. stores, cost $10 to $12. Said the report: ?The results clearly indicate that consumers continue to gravitate to the $10-$15 area at retail. ? These wines all sold at least 250,000 cases, and the criteria for making the list depend on how long the label has been around, but emphasize growth from year to year. The names of the brands are behind a paywall, but it almost doesn ?t matter what they are ? price is what counts here, and consumers have apparently found their happy place and aren ?t leaving.

? How Whole Foods buys wine: W. Blake Gray interviews the specialty grocer ?s Northern California wine boss, Joseph Kaulbach, which is a coup itself: Whole Foods doesn ?t often agree to those things. But the piece is also worth noting for Kaulbach ?s emphasis that Whole Foods, in its approach to wine, is a grocery store first and foremost; that Three Wishes, its version of Two-buck Chuck, exists because Two-buck Chuck exists; and that the northern California market is unique, and especially when it comes to defining local.

? The great wine robbery: As if the Australian wine business didn ?t have enough problems, how about the theft of almost 4,700 cases of wine, worth A$500,000 (US$517,000)? The thieves had their own trucks and forklifts to move the wine, and their own warehouse to store it, say police, who seemed impressed by the effort. Hence, consumers should be wary if they ?re approached by someone on the street who offers to sell them discounted Aussie wine with a wink and a nod, or looks and sounds like Michael Palin.