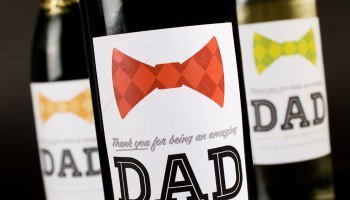 Every year at Father’s Day, we’re told to buy Dad a big red wine. Because, after all, isn’t that what Dad is supposed to want? Maybe. But the most important thing to know is to buy Dad what he likes for Father’s Day wine 2019. Keep the blog’s wine gift-giving guidelines in mind throughout the process: Don’t buy someone wine that you think they should like; buy them what they will like.

• Eberle Syrah Steinbeck Vineyard 2017 ($32, sample, 14.2%): This red wine from California’s Paso Robles is balanced and almost nuanced — which doesn’t happen all that often with Paso syrah. Look for black fruit, a little earth, a just enough richness, and a wine that is clean and full on the finish. Highly recommended, assuming the price doesn’t scare you off.

• Ryder Estate Pinot Noir Rose 2018 ($14, sample, 13%): This is what the once-legendary Toad Hollow rose demonstrated to in the old days — tart cherry, a little ripe strawberry, and a long and pleasing finish that shows off the fruit. Not sweet, but fruity in the California style. Ryder is making a name for itself as one of the best $10 and $12 producers in the country. Highly recommended.

• Pedroncelli Friends.white 2018 ($12, purchased, 12.9%): Yes, a corny name, but this California white blend from one of my favorite producers is always well made and a value. The gewurtztraminer balances the sauvignon blanc, but doesn’t sweeten the wine. Pleasantly tart, fresh, and enjoyable — some citrus (lemon?) and an appealing crispness. Highly recommended.

• Chateau St. Jean Brut Rose NV ($15, sample, 13%): I expected almost nothing from this California bubbly, and was once again proved wrong — taste the wine before you judge it. Quality charmat method wine with a little more style and appeal than Prosecco, including some very nice berries and a creaminess that one doesn’t expect in charmat sparkling.

How to explain all the joys of sparkling wine, from cava and Prosecco to Champagne to everything else? In this case, the everything else includes the Comte de Galeran, an intriguing bubbly from the French region of Limoux.

The Comte de Galeran ($15, sample, 12.5%) is made using the ancient methode ancestrale, which locals claim predates Champagne’s methode champenois. The differences are subtle; more important is the mauzac grape used in Limoux. It offers some of chardonnay’s green apple fruit, but it’s not as crisp and can be almost honeyed.

That’s why the Comte de Galeran seems to taste like chenin blanc or chardonnay before the mauzac makes itself known. It’s just not the hint of sweetness, but a little spiciness, and which adds complexity missing from most bubbly at this price. There are also lots and lots of tight and refreshing bubbles.

I drank this with nachos with jalapenos, and it was a spot on pairing. Highly recommended, and just the kind of wine to pop for the Fourth of July. After all, without the French, we might well be spelling favorite as favourite.

Imported by Wines with Conviction 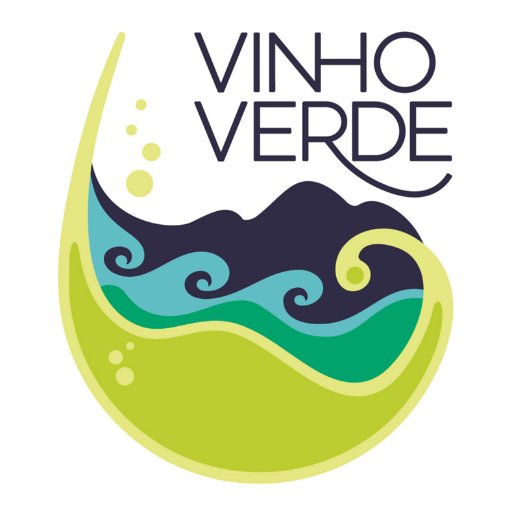 Vinho verde 2018: Drink the Broadbent, but pass the rest unless you want sugar and cheap fizz

The Wine Curmudgeon has been a long-time supporter of vinho verde, the Portuguese white wine with a greenish tint. It’s cheap and ideal for hot weather: A slightly sweet lemon lime flavor, low alcohol, and a little fizz. So imagine my disappointment when five of the six wines I tasted for the vinho verde 2018 review were almost uniformly awful.

I was warned, though. When I bought the wines, the saleswoman told me the producers had softened them — winespeak for removing the acidity and adding sweetness. And, boy, was she correct. The wines weren’t quite in white zinfandel territory, but they’re getting there. Call this one more victory for focus-group produced wine, which assumes U.S. wine drinkers don’t like anything but sugar.

Our vinho verde primer is here. Most of the cheaper wines, like Famega, Casal Garcia, and Gazela, are made by the same couple of companies but sold under different names to different retailers. These vinho verde 2018 suggestions will get you started:

• Broadbent Vinho Verde NV ($7.50, purchased, 9%): Just about the only vinho verde that tasted like wine — a tinge of sweetness instead of a mouth full of sugar, plus acidity to balance the sweetness. It also had a full mouth feel and some structure, while the fizziness was pleasantly in the background.

• Gazela Vinho Verde NV ($5, purchased, 9%): Tasted like 7-Up mixed with grain alcohol, but with too much sugar and not enough alcohol.

• Casal Garcia Vinho Verde NV ($5, purchased, 9.5%): Noticeably sweet, but other than that, sort of what vinho verde is supposed to taste like. Other than the Broadbent, the best of a bad lot. For what that’s worth.

• Aveleda Vinho Verde 2017 ($6.50, purchased, 9.5%): Almost smelled like a rotten egg, which usually comes from too much sulfur to the wine. This is a wine flaw, not common much these days, and shouldn’t have happened here. 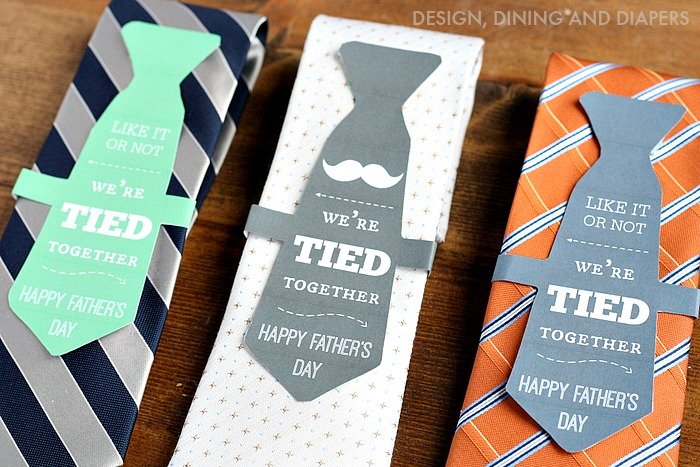 Father’s Day wine 2018: Four wines that offer quality and value — because that’s what Dad taught you

The Father’s Day wine 2018 news releases have been landing in my mailbox for a month or so, and most of them bore me to tears. I mention this not to bash wine marketing again, but to note that the releases don’t understand what Dad wants. It’s not about spending money; it’s about value and pleasure.

Which is the point of this year’s Father’s Day wine post. Keep the blog’s wine gift-giving guidelines in mind throughout the process: Don’t buy someone wine that you think they should like; buy them what they will like.

• d’Arenberg The Footbolt 2014 ($18, sample, 14.6%): Australian shiraz’s fall from grace should not apply to d’Arenberg, an Aussie producer that makes some of the most interesting red wine in the world. d’Arenberg does it by combining terroir, top quality grapes, and — believe it or not  —  high alcohol in a fresh and intriguing fashion. This is shiraz for people who love wine, and not booze. Highly recommended. Imported by Old Bridge Cellars

• Peter Zemmer Pinot Grigio 2017 ($15, sample, 13.5%): Prices for this Italian white are all over the place — probably because it’s more than the citrus-flavored tonic water of cheaper pinot grigios. Look for some lemon fruit and minerality, plus something that can only be called character. Imported by HB Wine Merchants

• Zolo Signature Rose 2017 ($10, purchased, 12.9%): This Argentine pink reminds me why I love wine — a $10 wine bought with no expectations and that gave me more than a bottle of enjoyment. It’s a syrah blend with lots of just ripe strawberry fruit, but not too heavy, too fruity, or sweet at all. Highly recommended. Imported by Vino del Sol

• Gloria Ferrer Brut Rose NV ($25, sample, 12.5%): I drank this at the Friday night reception at this year’s Critic’s Challenge. And then I drank some more. And some more. It’s beautiful, well-made, and delicious — tight bubbles, strawberry aroma, and soft red fruit flavors. Highly recommended.

This year, as we ponder the wine to buy Dad for Father’s Day, I’m struck that so many people will assume Dad wants only big, manly wines. Because he is, after all, Dad.

Oh ye of little faith. Dad may like many styles of wine, and limiting him just because he is Dad does both of you a disservice. Wine is not a pair of cuff links, after all. The great joy of wine is that there are so many different kinds available, and Dad may want a change.

Hence the blog’s Father’s Day wine 2017 post. Keep the blog’s wine gift-giving guidelines in mind throughout the process: Don’t buy someone wine that you think they should like; buy them what they will like.

• Leese-Fitch Firehouse Red 2015 ($12, sample, 13.5%): This California red blend a Big Wine company shows that it’s possible to combine margins with enjoyable wine. There’s a touch too much smoothness (leave the merlot out of the blend next time) among the black fruit, but it also has soft tannins and enough acidity for all for the fruit.

• Domaine des Cassagnoles Côtes de Gascogne 2016 ($10, sample, 12%): This white blend from France’s Gascony is consistently excellent the wine. There is more lime citrus than the white grapeiness I prefer, but it remains fresh, clean and enjoyable.

• Vilarnau Cava Brut Reserva NV ($15, sample, 11.5%): Very well done Spanish sparkling wine made with the traditional cava blend that gives it depth and apple and lemon fruit. It’s not as tart as many cheaper cavas.

• Georges Vigouroux Pigmentum Rose 2016 ($10, purchased, 13%): Yet another well crafted, solidly made French rose, this time with malbec. Much fruitier (ripe strawberry?) than the previous vintage, but still fresh and clean.

$10 buys the Chateau La Sable rose, a pink wine that will pair with almost any Father’s Day event

One of the many wonderful things about rose is that it’s easy to buy; most $10 roses are great values, and many are even better. So why not impress Dad on Father’s Day with your wine acumen – and then tell him how easy it was to buy – with a rose like the Chateau La Sable rose?

The Chateau La Sable rose ($10, purchased, 13.5%) is a quality rose blend, made mostly with grenache, from the Luberon region in Franc near the Rhone. It does everything it is supposed to do for $10, and even a little more — fresh strawberry fruit, but not too tart or too jelly-like, sometimes, a problem with grenache, some minerality, and even what the wine geeks call savory notes. That means some green herbs, or what the French like to call garrigue – the sense of the herbs and flowers that grow around the vineyard.

Perfect with any outdoor event, Father’s Day barbecue or something later in the summer. Again, I’ll never understand why so many people feel they have to spend so much money for rose when there are so many delightful ones available for $10.

The Falesco Est! Est!! Est!!! is legendary cheap wine, and the only reason that I don’t review it more often is because the only store in Dallas that carries it always sells out. (That no one else carries it speaks to how most retailers feel about cheap wine in Dallas).

What do you need to know about the Falesco Est ($8, sample, 12%)? That it’s made by the Cotarella family, which gives us Vitiano and so much other quality cheap and moderately-priced wine. That it’s a white blend made with trebbiano, the Italian version of my beloved ugni blanc and a grape that gets as much respect from wine geeks as I would at a Wine Spectator editorial meeting. That it’s tart and lemony with a little white fruit and quite refreshing, but not very complex and also not very demanding on the drinker.