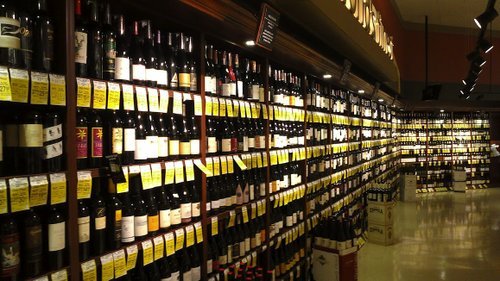 Liquor delivery apps, which allow you to order wine, beer, or spirits on your phone the same way you order a car from Uber, are supposed to be the next big thing in the liquor business. You’ll be able to get whatever you want, whenever you want, and without stepping foot into a retailer. How can anyone not think that will turn into the next Internet, mega-billion dollar success story?

Which is why the Wine Curmudgeon is here, because anything that sounds that good has to have a catch or two, right? And especially if it deals with liquor delivery and the three-tier system, which regulates how liquor is sold in the U.S. My story in the Beverage Media trade magazine talks about what retailers need to know if they want to work with the apps, much of which consumers need to know as well.

In addition, I tried two of the apps in Dallas, with mostly annoying results. The highlights of the story, plus my research:

These apps, which have names like Drizly, Klink, Thirstie, and Minibar, are the liquor equivalent of on-line restaurant delivery companies like GrubHub. Some, like Drizly, have big-time backers and deep pocket investor money, while others are less well known but seem to be making inroads with retailers. So far, their growth seems to be mostly on the edges ? New York, Los Angeles ? with some larger cities in the middle of the country, and most of the retailer numbers for each are closer to three figures than four.

The biggest problem with the apps? That they are marketing companies, and not delivery companies. Think of them as funnels to retailers — they’ll send your order to the store nearest you in their network, but they don’t sell or deliver the product. This allows them to operate without a liquor license and all the legal aggravation associated with one. But it also means you’re talking pot luck with the retailer in terms of selection and price. The apps promise you won’t pay more than the in-store price, but what if the retailer has a crummy selection and high prices?

That’s what happened to me in Dallas with Minibar. Yes, the order — a fifth of Wild Turkey 101 — arrived in 45 minutes, within the 30- to 60-minute guarantee. But the store that filled my order was a high-end sandwich shop with very limited selection and prices about one-third higher than most of the liquor stores in town. That’s why I bought the bourbon instead of wine; I couldn’t bring myself to pay the retailer’s prices for what was mostly grocery store junk. In the end, I could have driven 15 minutes to a liquor store, saved $10, and been home before the Minibar delivery arrived.

When I tried Drizly on a cold and almost rainy December day six months later (with a different retailer), the prices were better, but there was a $5 delivery fee, plus a $5 tip, for three $10 bottles of wine that negated the better prices. Again, I could have driven 15 minutes to the retailer and saved the $10 and been no worse off. And, to add insult to injury, one of the wines wasn’t what I ordered — the retailer substituted a private label Rioja for the wine I wanted without telling me. Yes, the legal fine print on the Drizly site says they can do that, but it’s something else that wouldn’t happen at a store.


This approach is much different than Uber, where you get an Uber car, and GrubHub, where you get the restaurant you order from, and is a significant obstacle to success. Until the apps are competitive with traditional retailers in selection and price, they’re not worth the trouble. The apps realize this, and have signed some larger stores and told me they are trying to sign more. But as the owner of the biggest chain in Illinois told BloombergBusiness, why does he need to bother with an app ?

And this doesn’t take into account their three-tier problems. It’s not that the service is illegal, because as long as the apps don’t have liquor licenses they’re in the clear. Rather, they’re limited by state laws that govern liquor sales. Booze is not pizza, where you can order a pie to go close to 24 hours a day. Many states, though, restrict when liquor stores are open. In Texas, that means I can’t order from an app on Sunday, because state law forbids liquor store sales on Sunday, and I can’t order after 9 p.m. Monday through Saturday, because state law says liquor stores must close at 9 p.m. So much for convenience.

This doesn’t mean that one or two of the apps won’t be successful, carving out a niche for corporate orders (“I need 20 cases of booze for a company party”) or in more delivery-amenable regions of the country, like New York City. But it’s difficult to see any of them working as well as Uber or GrubHub, and neither of those have blanketed the country. GrubHub is in 600 cities, while Uber, for all its shiny cyber sparkle, is in fewer than 200.