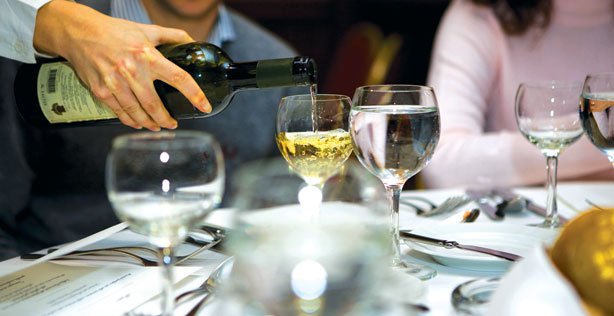 ? Less and less: The share of wine that consumers buy in restaurants, compared to what they buy in stores, has fallen by some 10 percent since the start of the recession, according to figures compiled by Beverage Information Group. In 2014, restaurants accounted for 42.2 percent of all wine sales as measured in dollars, down from 47 percent in 2008. By itself, this isn’t doesn’t necessarily mean that restaurant wine is becoming increasingly irrelevant, given that the recession was so long and so powerful. But given the recovery in the retail side of the wine business, it’s another indication that consumers, fed up with the poor quality and high prices on so many restaurant wine lists, aren’t buying wine anymore. It also speaks to what might be a significant change in consumer dining habits, that they’re eating at home more often and buying wine when they do.

? Honesty is the best policy: Shocking news, but a British on-line retailer says too many of his competitors artificially inflate their prices so they can offer lower “angel” discounts on wines that consumers can’t buy anywhere else, leaving the consumer with overpriced, lower quality wine. It would be better, says the managing director of WineTrust, to price honestly, the way his company does it. This is a not a problem unique to Britain, as anyone who has ever tried to understand U.S. grocery store pricing knows, but it is interesting that a retailer is calling out other companies for the practice. I can’t imagine that ever happening in the U.S., where price confusion is a key part of retailing.

? Getting even bigger: This is how crazy consolidation in the wine business is becoming. A buyout specialist is apparently thinking about taking over Diageo, the British wine, beer, and spirits company, in a deal worth more than $70 billion. To put that number in perspective, 170 countries have a smaller gross domestic product. Diageo, though wine is the smallest part of its business, is still among the top dozen or so biggest U.S. producers, with brands that include Rosenblum, Sterling, and Dom Perignon. There’s substantial doubt whether a deal gets done, not least because it’s so expensive. But that anyone is even considering it points to the mania for consolidation in the world today. 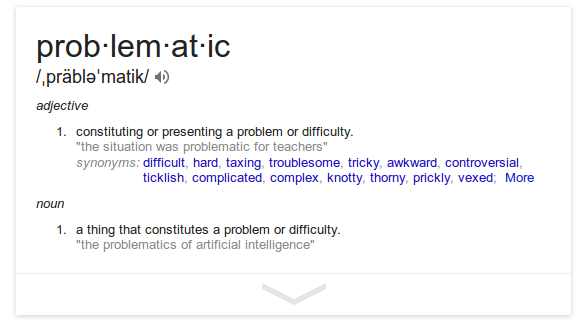 You may see the wine term problematic pricing or pricing is problematic in a review, and especially in one of the mini-reviews that runs on the final Friday of each month. It’s mostly what it seems: If it’s problematic, the wine’s price is a problem, and the problem is that it that doesn’t offer enough value for its price.

Still, this hasn’t been clear to enough people, and so the need for this post. One PR woman in particular wasn’t quite sure what it meant. Either I liked her wine or I didn’t, and what did price have to do with it?

Price, of course, has everything to do with it. It’s not enough that a wine is cheap (or expensive, for that matter). Does it offer more value than it costs? Or is it just cheap, like most of the $5 wine the big retail chains sell? Or is it marketing driven, where you’re paying for what’s on the label as much as for what’s in the bottle?

I asked the great Lynne Kleinpeter about this, because I trust her palate, in many ways, even more than I trust my own. If nothing else, she can be objective when she tastes the kind of wine that makes me want to write horrible, misanthropic reviews. Her answer: “When I would buy this wine at this price? If it was the only wine in the store, and I didn’t have a choice.”

Wine pricing doesn’t get more problematic than that.

? “Apr s moi, le d luge“: Which would be the price of malbec after the collapse of the Argentine peso in January. Malbec is the national grape of Argentina, and its economic crisis will not only force down the price of its malbec, but prices of malbec regardless of origin as well as most cheap red wine. Because that’s how the law of supply and demand works. Or, as Lew Perdue at Wine Industry Insight wrote: “Think Australian invasion before the U.S. screwed up the value of its currency and sent the Aussie dollar soaring.” This is another example of why it’s so difficult to predict when wine prices will rise — too many moving parts to take into account. How can a company charge more for ts California grocery store merlot when the competition is dumping something similar, like malbec, in the U.S. thanks to a currency flop?

? How much did all that wine really hurt? Englishman Chris Chataway, one of the world’s great distance runners in the 1950s and who helped Roger Bannister break the four-minute mile in 1954, died in January. His New York Times obituary reported that Chataway ran a 5:48 mile when he was 64, 41 years later, but wasn’t entirely satisfied with the effort. One possible explanation: Chataway told a friend he had smoked 400 pounds of tobacco and drank more than 7,000 liters of wine (almost 10,000 bottles) since the 1954 race. Which demonstrates that he was not only a world-class runner, but a pretty funny fellow who enjoyed his wine, and which is also why this is blog-worthy despite the ban of health-related wine news.

? The power of price: Asda, the British grocery store chain, wasn’t selling much of its private label Pierre Darcys Champagne over the holidays. So it cut the price from 24.25 to 10 (from about US$40 to US$17). No surprise what happened next, is there? A British trade magazine reports that the supermarket sold almost 8 million worth (about $US13.4 million) of Pierre Darcys in the 12 weeks ending Jan. 4. That made the brand the fifth-best selling Champagne in Britain over the holidays, beating top names like Piper-Heidsieck and Taittinger — despite being sold only at one retailer. This, of course, is the other component in wine pricing: How do we account for the power of consumers?

We seem to have a theme this week, no?

? Consumers want to pay less: And no less than the guy who runs influential importer Frederick Wildman says so. Richard Cacciato told Shanken News Daily that, after the recession, ?[w]e saw a radical change in purchasing patterns almost overnight. ? Labels that were being sold for $75-$80 were repositioned down to $50-$60. For wines retailing at more than $20, we found ways to bring them in under $20. That created a perceived value in these products. ? Cacciato also says the recession forced Wildman, hardly known as an importer of cheap wine, to restructure its business to allow it to focus more on grocery stores and mass market retailers like Costco. If Wildman is doing this, what does it say about the increasing importance of grocery stores in the wine business?

? Why does it cost that much? Tim McNally looks at why a bottle of wine costs what it costs, and discovers that it may not have as much to do with the actual expense as we think. ?Wineries are trapped in pricing given the types of grapes they are working with, and where they are located. A great bottle of Napa Valley Oakville Cabernet Sauvignon may be perfectly acceptable to you in the $75 range, but move just a few miles north to Alexander Valley in Sonoma and that won ?t fly. ? We also hear about Tim ?s brief foray into the banking business, which sounds like it was a lot of fun.

? Bring on the sweet wine: California winemakers who want to sweeten their product can ?t add sugar; it ?s against the law. Instead, they add grape juice, and that mostly comes from the Thompson seedless table grape. And guess what prices for Thompsons are doing as the 2012 harvest begins? Going sky high, reports the Western Farm Press, with prices as much as 23 percent higher than 2011. Some of this is being caused by what looks to be a smaller Thompson crop, but it also points to increased demand as wineries ramp up production of sweet wine.