• Cabernet conundrum: I judged with the much respected Laurie Daniel, and we did a couple of dozen cabernet sauvignons. The results were depressing. It’s not so much that they weren’t especially cabernet-like; I’m more or less used to that. Rather, the wines were noticeably sweet, and Laurie and I had that cotton candy feeling in our mouth when we were done with the cabernet flights. The two flights of rose we tasted were much drier, which is almost impossible to believe. Yes, this was a small sample size, but it’s part of a disturbing trend I’ve tasted over the last year or so.  How has so much California cabernet – which can be among the best in the world – come to this? No wonder I worry about the future of the wine business.

• The Bota Box rose mystery: Bota Box’s rose earned a platinum medal, the highest award, doing better than anyone thought possible. That includes me, and I like it. Somehow, I gave the wine the platinum; Daniel gave gold. How is this possible? First, of course, is blind judging, which gives every wine the same chance. Second, the Bota was perfectly chilled, which covered up the bitterness in the back that might give it away in a blind tasting. Third, this was the fourth box of the Bota rose I’ve tasted in the past nine months, and each was different (though this was probably the best). That, to me, is the biggest mystery – the lack of consistency from box to box.

• The best wines were the pinot noirs: Even better than the roses, which are almost always excellent at this competition. Several were both delicious and varietally correct. Go figure, given how many times I’ve lamented about the quality of domestic pinot noir.

• Princesa cava and the frustration of availability: The Princesa brut nature is a terrific cava, a sparkling wine from Spain with depth and interest. But you can’t buy it unless you live in the handful of western states served by the Bev Mo retail chain. It’s one of Bev Mo’s private labels. So no, availability isn’t getting any better.

• The lack of fairly priced wine: One topic of conversation this year among the judges, all wine writers, was the escalating price of wine – how difficult it is to find value these days. Laurie, the former wine critic for the Mercury News in San Jose, was almost as irritated as I was. Yes, she agreed – $25 rose is a bit much.

The results are here. 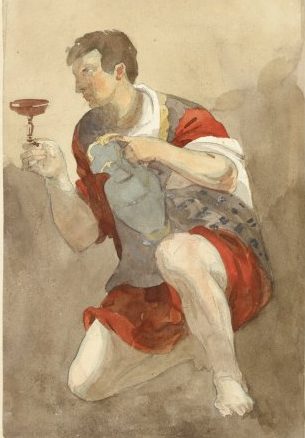 This week’s wine news: The history of wine may be older than we think, plus Alaska Airlines offers free wine shipping and Canadians enjoy bootlegged wine

• Very, very old: Scientists have discovered wine residue in clay pots more than 5,000 years old. If it is wine, will force archaeologists to reconsider how long we’ve been making and drinking wine. This discovery, in caves under the Monte Kronio volcano in Sicily (along with a similar find in the republic of Georgia), means wine use may be a couple of thousand years older than believed. Even more amazing, the wine in the caves may have been part of a complex system of international trade, bringing copper goods to Sicily in exchange for wine. And without the three-tier system, too.

• Free shipping: Who knew airline free wine shipping would be a draw? But Alaska Airlines thinks it is, part of their “Wine Flies Free” program. Those of us who travel to wine regions served by Alaska, which includes parts of California and the Pacific Northwest, can check a case of wine without paying the fee. You have to belong to the airline’s frequent flyer program, but that’s about the only condition save whether your state allows it.

• Not in my province: Canadians, who usually seem more sensible about these things, are embroiled in a trade war over wine and oil. The province of Alberta, which has the oil, wants to build a pipeline through neighboring British Columbia, which has the wine but doesn’t want the pipeline. The premier of Alberta has imposed an embargo on B.C. wine until the latter allows the pipeline. In other words, much U.S.-style foolishness – and even someone trying to make money off the embargo. The Calgary Herald reports that a luxury wine tour company, Butiq Escapes, is offering a “B.C. Wine Smuggling Escape for Albertans,” complete with private jet to fly you to B.C. wine country.